Vine co-founder launches Byte. Can influencers make money from it this time?

The social media platform that launched the careers of creators such as David Dobrik and Logan Paul has returned ... sort of. Three years after Twitter pulled the plug on the video-sharing app Vine’s co-founder Dom Hofmann has launched Byte.

today we’re bringing back 6-second looping videos and a new community for people who love them.

it’s called byte and it’s both familiar and new. we hope it’ll resonate with people who feel something’s been missing. https://t.co/g5qOIdM8qG

Get the new Vine App y'all @byte_app #byte byte pic.twitter.com/ILSj4y3D4f

And some shade is even being thrown towards TikTok ...

Which made you lol the most? pic.twitter.com/Ygobj7DvsI

If the look and feel looks familiar, what’s new? Byte appears to have learned from the demise of Vine. The long-dead app was widely criticised for failing to look after its influencers. Byte is now putting creators front-and-centre on the new platform.

Creators even get their own love heart emoji on the app's homepage to underscore their importance. 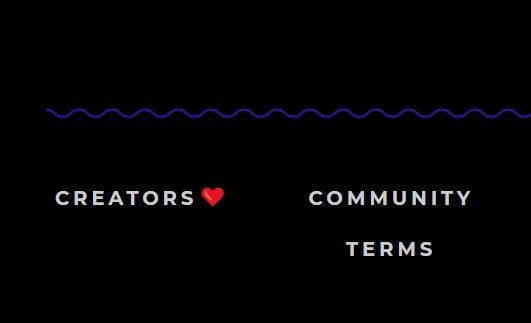 The app has launched a creator programme as a place to connect around creator-specific topics. It’s aim: to generate fast feedback from influencers and to listen to this community to determine which new features to launch and how to address issues. 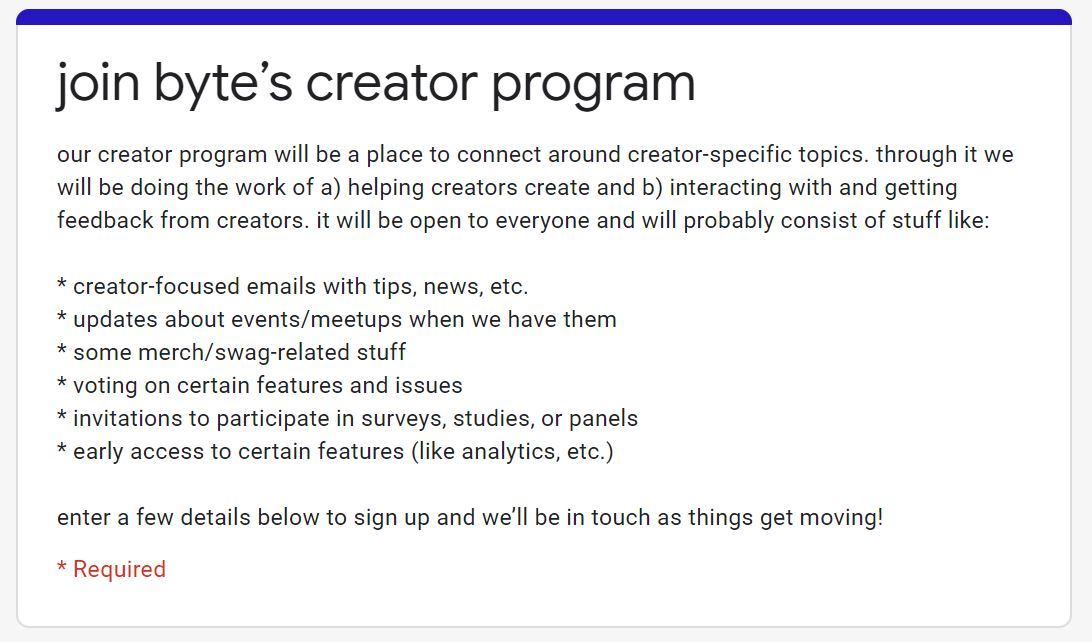 Byte does not openly display user's follower counts, however. App users can view their stats from their profile menu. According to Hofmann an option to display follower counts will be added down the road.

One of Vine’s chief issues was that there was no way for influencers to make money directly through the platform. This was set in stark contrast to both Facebook and YouTube who were actively offering options for creators to share in the revenue they generate.

RELATED: Kylie Jenner, Snapchat and a warning for Vine 2.0

In autumn 2015, after noticing declining engagement and views, 21 top Vine influencers approached Vine’s creative development lead with a proposition, where each would make 12 Vines a month (3 per week) for $25.5 million ($1.2 million per person).

According to Mediakix, an influencer marketing agency, the Viners suggested improvements to the platform, which included:

Both the monetary request and platform suggestions by top influencers were rejected by Vine, as was other creator feedback. Influencers felt like Vine didn’t support them.

I tried to tell vine multiple times ideas to save their app... but they didn't want to listen ¯\_(ツ)_/¯, they thought they had it on lock 😂

A short while later both Vine influencers and their audiences voted with their feet and left Vine for good. A move not far removed from Snapchat's original treatment of its influencers and subsequent fallout.

Hofmann has been promising a Vine 2.0 since November 2017. In a now-deleted Tweet the Vine co-founder wrote: "i'm going to work on a follow-up to vine. i've been feeling it myself for some time and have seen a lot of tweets, dms, etc." 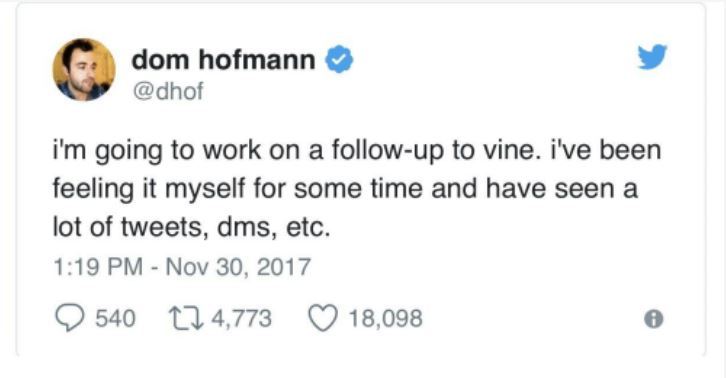 The relaunched app was slated for release in 2018 goes under the code v2. It's taken a further 18 months to get to launch, and a switch in name to Byte.

Vine was founded in 2012 as a short-form video app that allowed users to capture, loop, and share 6.5-second clips. Shortly before the app’s official launch in 2013, Twitter acquired Vine for a reported $30 million.

After a host of problems during its four-year life, however, Vine’s social platform was axed on January 17, 2017.