How would influencer marketing change if Instagram hid follower numbers? Would content quality improve? Would power switch from the creator to the platform? Would scenario analysis help firms anticipate change?

Last month I reported on Instagram testing a new feature which shields audiences from the number of likes a post receives. I then gave five potential implications masking this feature might produce. What if the Facebook-owned platform decided to hide follower counts too? What would it mean for Instagram’s 1 billion monthly active users? How would it affect brands' influencer selection process?

For one thing, social proof would vanish. Poof. Snap. Whoosh.

We look to others for cues. Cues about how to behave; how to react. Our peers help us to determine what should be important to us. The actions of others around us are important to us for indicating how we should act.

Robert Cialdini explains social proof in his book Influence: The Psychology of Persuasion by using the example of canned laughter played over TV sitcoms. We know laughter tracks are fake, forced, phoney. Yet data informed TV executives that it works. When canned laughter is used people laugh more. They laugh more often and they laugh for longer - especially at poor jokes.

In other words: “one means we use to determine what is correct is to find out what other people think is correct … . We view a behaviour as more correct in a given situation to the degree that we see others performing it,” So argues Cialdini.

It’s not just TV executives who understand about social proof. Buskers often throw a few coins into their guitar cases at the start of the session to nudge passers-by into following suit. Likewise, bar staff put change into the tips jar at the start of a shift to prod drinkers into leaving a gratuity. Nightclub owners have been known to hire people to queue outside the door to give the impression of popularity, too.

With follower counts and like numbers removed, how should we know what is important? By returning to the quality of the content produced.

We seek out human connections made from quality moments which stop our thumbs from scrolling past a post. Without the crutch of follower counts and like numbers creators would have to continually strive to produce content which provided a depth of emotional investment with their audiences.

Creators would have to work harder to refine their distinctive tone-of-voice and aesthetic. As consumers, we’ve grown numb to the Insta-perfect. Our feeds have become choked with the overly-produced and unattainable. We are turning away from the copy-cat content; away from 'influencers' producing lazy or boring content to fulfil brand briefs.  But those who can tell a story creatively will enjoy long-term success.

Brands would have to select influencers to work with based on appropriateness rather than audience size and number of likes content produces. Appropriateness would be founded on shared values, complementary tone-of-voice, the overlap of audience between a creator’s and the brand's. Vanity metrics would be overlooked in favour of intent and best yet, impact metrics.

Size of follower count doesn’t always equate to the size of influence for a creator. You know that. We’ve been talking about the reach myth for three years.

Arii is the most recent case in point. In a now-deleted post the fashion Instagrammer with 2.6m followers explained the perils of launching a new brand based on placing popularity over pull. Arii had dreams of starting her own clothing brand. She flew in a photographer and hired a studio for the launch of her sportswear brand. The launch was a flop. She failed to sell 36 items - the minimum unit stipulated by the clothing manufacturer that would guarantee production.

The website for ERA, her failed clothing brand, is currently offline. The brand’s Instagram account is offline, too. A 2.6m audience size failed to translate into three dozen sales. 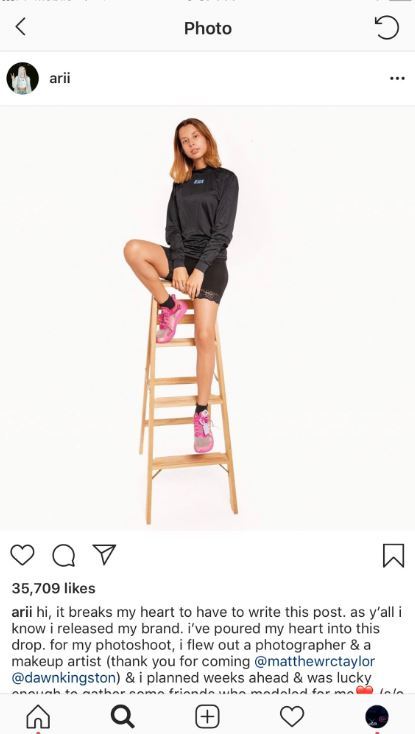 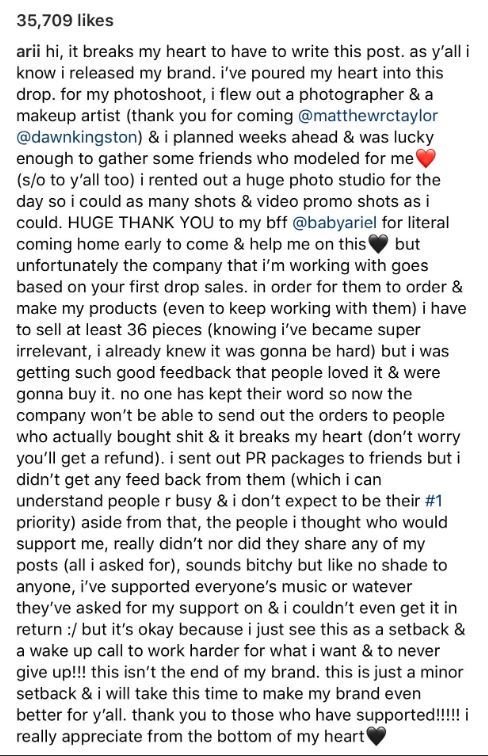 Hidden but not lost

If Instagram removed follower counts from audience view you can be sure this data would be available elsewhere. No doubt follower counts or the number of likes would still be available to the creator via Creator accounts. No doubt these figures would appear in the Brand Collabs Manager tool as well. Naturally, both initiatives would embolden the social media platform whilst weakening influencer marketplace offerings.

Instagram is the current influencer marketing powerhouse platform in the business-to-consumer space. It boasts over a billion monthly active users. The danger of so much power being concentrated in one platform means that influencers and brands are beholden to strategies and algorithms they have no control over.

One way to prepare for the future is to run scenario analysis. Scenario planning can help firms to anticipate change, prepare a response and create more robust strategies.

Scenario planning involves looking to the mid and long term and proposing: “wouldn’t it be awful if …” or, more benignly, “wouldn’t it be nice if”. The scenarios used are often plausible, but unexpectedly important situations that either already exist to a limited extent or which might appear over the horizon.

Asking big ‘What if?’ questions will help brands and creators alike identify their weaknesses and better plan for the future.

Who knows what Instagram’s head, Adam Mosseri, is planning. But if you don’t own the platform on which your livelihood depends then you are only one Terms of Service change, one algorithm update away, from oblivion. As American futurist Alvin Toffler once reasoned “If you don't have a strategy, you're part of someone else's strategy" (and chances are they simply won't care about you).