How to avoid the predictability trap

Modern communication management is as much about dealing with problems as it is about tactics and technology. But before you can solve a problem you first have to acknowledge that a problem exists and avoid the predictability trap.

I’ve been quiet for a couple of weeks. Well, by quiet I mean I haven’t written much here. I’ve been interviewing in-house marketers at global enterprises about their firms’ approaches towards influencer marketing. It’s for a new series I’m working on in partnership with Traackr. More on that in the next week or two.

I’ve also enjoyed the Easter school holidays at Seaview, Isle of Wight and at St.Ives, Cornwall. New settings make the familiar unfamiliar. We’re forced to try out out new ways to achieve tasks we normally undertake by rote at home.

This got me thinking.

As communicators we’re often faced with problems arising from change. This can result in situations in which we’re reacting to events that we neither anticipate nor understand. In such cases it is easy to feel trapped.

Take these lobster pots. I snapped this pile of pots whilst in St.Ives harbour last week. These rigid nets signal the final curtain for any unsuspecting lobster that was to amble inside. Yet, a trap is only a trap if you can’t work out that you’re in a trap or how to extricate yourself from it. 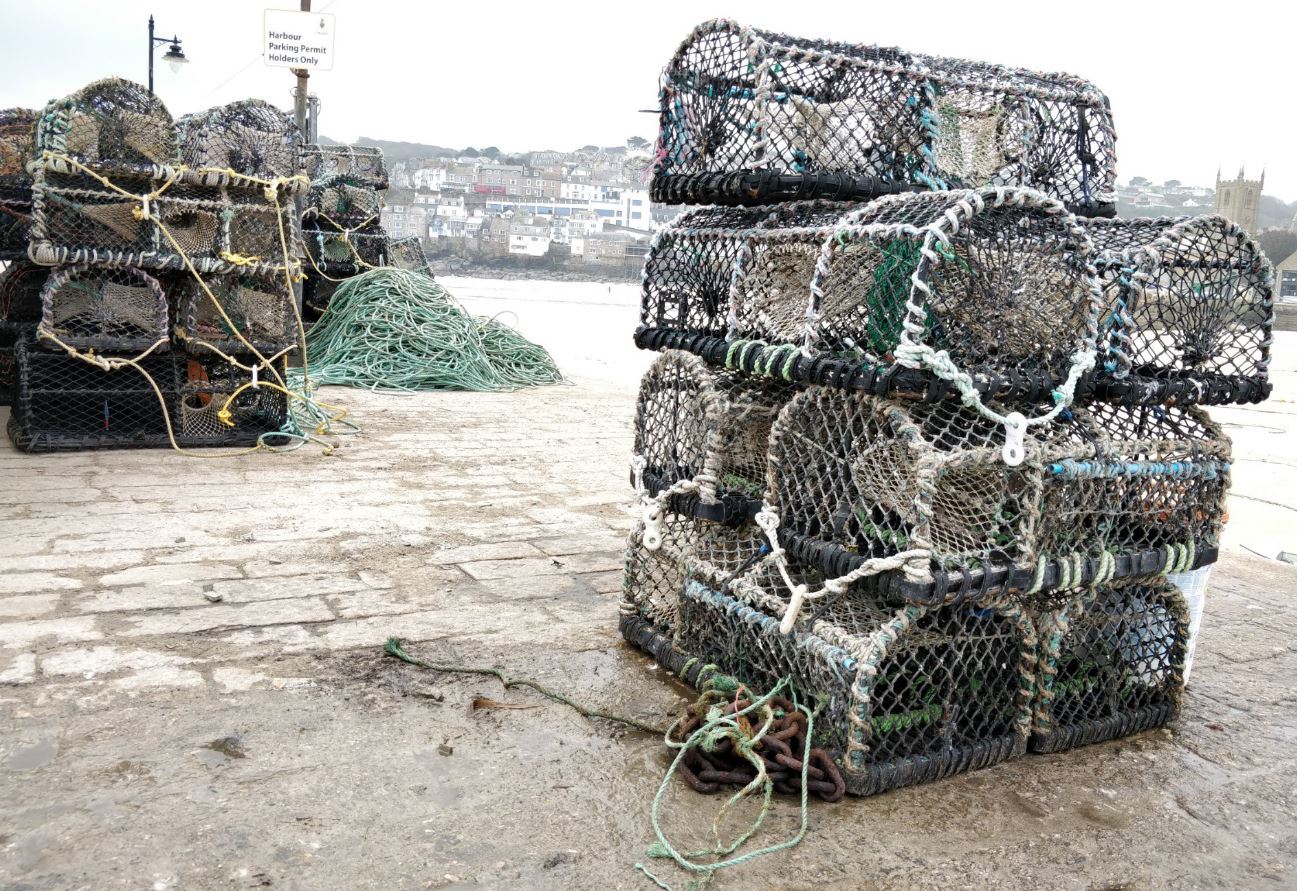 The lobster pot analogy helps us remember that we often form our own predictability trap when we hold onto assumptions based on expectations of stability and continuity in the business world.

“Lobster pots are designed to catch lobsters” reasoned Geoffrey Vickers, in his 1972 book Freedom in a Rocking Boat (p15) “A man entering a man-sized lobster pot would become suspicious of the narrowing tunnel … he would recognise the entrance as a possible exit and climb out again … . The nature of the trap is a function of the nature of the trapped. To describe either is to imply the other.

“...we the trapped tend to take our own state of mind for granted - which is partly why we are trapped.”

This lobster pot analogy is useful when considering communications within our VUCA world.

Certain beliefs and assumptions form mental predictability traps in which, as communicators, we get caught. These traps are formed in our experiences.

We’re all the product of what we’ve seen, what we’ve read, where we’ve visited, what we’ve listened to, where we grew up, who we hang around with, a manager who mentored us, a teacher who didn’t believe in us. As we create things so we become part of a creative lineage.

If we accept that accelerating change is a fact of organisational life, mental traps that constrain our ability to solve problems become significant obstacles to organisational, and personal, success.

“In times of change, learners inherit the earth, while the learned find themselves beautifully equipped to deal with a world that no longer exists” quipped Eric Hoffer.

I was reminded of this line as I wandered along the English coastline and reflected on public relations, influencer marketing and this year’s CIPR state of the Profession report. One of the CIPR’s findings is that for senior practitioners there is a gap between the skills they perceive to be of most value and the skills actually in demand by potential employers.

Survey respondents were asked to indicate how they spent their time by identifying specific work activities. The results reveal the evolving skill set required of public relations professionals.

We form our own predictability trap when we hold onto assumptions based on expectations of stability and continuity in the business world. The world ain’t stable. We instinctively know this. Most change is triggered by factors outside of our control.

We we may not be able to control the external environment but we can try to understand it and prepare for it.

How to avoid the predictability trap

How can we avoid the predictability trap? A good place to start is to imagine the unimaginable. Take a risk, or potential risk, and generate springboards - imaginative fantasies about the effect these risks would have if they happened.

Artificial Intelligence, management consultancies, agencies from other creative industries all threaten to eat PR’s lunch. We're serving it up to them if we don't realise what's happening and adapt.

Modern communication management is as much about dealing with problems as it is about tactics and technology. But before you can solve a problem you first have to acknowledge that a problem exists. You have to know when you are stumbling into a man-sized lobster pot.

Sir Martin Sorrell resigned at the weekend from WPP the global conglomerate he helmed for 33 years. There is no non-compete in his contract. He’s free to set up shop across the street in direct competition with his former firm. Some scenario analysis and use of imaginative springboards might have assisted the board in creating a more rigorous corporate governance. I know that agency heads who have sold to WPP are subject to contracts which run to 50+ pages and include onerous restrictive covenants, details surrounding earn-out periods and good leaver /bad leaver clauses. What's good for the goose ...

As communicators we all have a choice: