Luxury Hotels and influencers: best ways to work together

Two articles in the past week - one from The Atlantic the other from The Telegraph - have focused on how luxury hotels are being bombarded by would-be influencers.

The Atlantic went with the headline Instagram’s Wannabe-Stars Are Driving Luxury Hotels Crazy. Whilst The Telegraph titled theirs: Why luxury resorts are fed up with 'freeloading' social media 'influencers. Both stories dismissive of influencer marketing and how influencers pitch hotels.

The interview, in partnership with influencer marketing platform, Traackr, explored how MHI has built an influencer system. Their model is robust enough to optimize investments, improve efficiencies, comply with regulations and share best practice across 43 countries on four continents. It is one sufficiently flexible to adapt its approach to meet the differing needs of its seven brand identities. 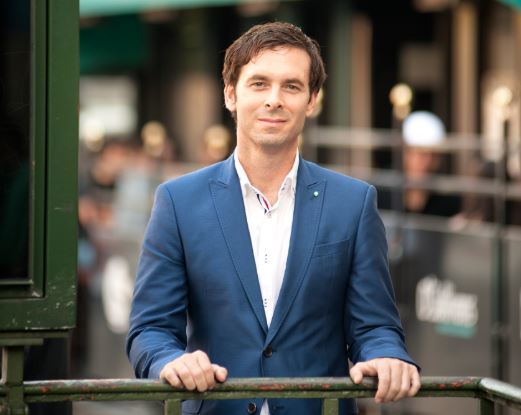 Social media as a discovery tool

Santiago explained that about 11% of traffic to MHI’s booking website Melia.com comes from social as people search there for new hotels and destinations.

Yesterday the photo and video-sharing platform announced it has reached 1 billion monthly active users, a 200 million MAU increase in less than a year. Each day 95 million photos and videos are shared on the app. One-in-20 all of all posts (4.9%)  falls within the travel vertical according to CampaignDeus - the independent influencer marketing benchmarking, measurement & reporting company.

With such high interest in travel and tourism it is small wonder this vertical attracts many influencers. But, a rising tide lifts all ships. As more influencers and more brands pile into this influencer marketing space it is inevitable that there will be increasing numbers of bad as well as good actors.

Kate Jones, marketing and communications manager at the Dusit Thani, a five-star resort in the Maldives, told the news and analysis site, The Atlantic that her hotel receives at least six requests from self-described influencers per day, typically through Instagram direct message.

I asked Santiago how this compares with his experience across the seven hotel brands operating under MHI. “It depends on the season,” he told me this week “but we used to receive up to 200 requests a day.”

MHI switched to a structured approach towards influencer marketing in January 2017 - a  response to the increasing number of these influencer requests and the large amount of time needed to work through them.

“The high number of influencer requests meant we needed a system-based solution and specific Meliá Hotels International Influencer Marketing policy to manage the process of qualification, selection, appointment and reporting”, Santiago told me.

Luxury hotels and influencers: The right way for influencers to approach hotels

So, what is the right way for influencers to approach hotels? “We want to engage with influencers who absolutely love and share the values of the brand they are proposing the collaboration with,” Santiago explains.

The tent-pole campaign mentality of influencer advertising is giving way to long-run relationships founded on co-created content. “We work on the basis of a long term partnership and value genuine content that is the result of a deep connection between our product, service and staff and the values, interests and audience of the influencers,” Santiago continued.

What should hotels look for when selecting influencers?

Here are seven checks hotel brands should consider when selecting an influencer to work with:

How has the prospective influencer contacted the hotel. Direct message via Instagram? An email to the hotel’s main address? Or has the contact been personalised? Has the influencer bothered to identify the most relevant person within the hotel to connect with?

Is the influencer proposing to publish one vlog? If so how long will it be? Are they suggesting three Instagram Stories? A blog post? How much promotion will you put behind your creative?

How successful has the influencer been with previous sponsored content? Which other companies have they worked for? Are these other brands your competitors? What were the tangible results of that work?

If the hotel does end up working with the influencer then a creative brief and influencer agreement should both be considered.

Brands shouldn’t rely solely on the numbers given to them by the influencer - or agencies representing them. Influencer fake follower counts can be high. Hotels should consider doing their own digital due diligence.

More than three-quarters (78%) of influencers’ audience working with Ritz-Carlton were fake followers according to research compiled by Points North Group and reported by AdAge in April. There are tools to help brands identify fake following and fraudulent engagement.

Does the influencer’s audience map on to your hotel’s target audience in terms of age, gender, and where they are located in the world.

Analyse the engagement ratio between the potential influencer’s past branded and non-branded content. Look for two things here:

#6 Tone of voice and brand values

Will this influencer’s tone of voice chime with your audience. Similarly, do their brand values mesh with yours?

#7 How professional is the pitch?

It takes time and effort to create an influencer pitch. How much effort has the influencer put into a potential sponsorship deal? What format have they given the answers to the questions above?

Online tools like Canva offer templates for influencers to create media kits to demonstrate the size of the value exchange they offer.

How not to pitch hotels

Elle Darby hit the headlines in January with her ill-fated, much-publicised, now infamous pitch to stay at the Charleville Lodge Hotel in Dublin.

Her email was lacklustre, but she was also unlucky with her choice of target hotel. Paul Stenson has form with his caustic, and opportunistic, social media style.

Some digital due diligence by Elle Darby would have shown that Paul Stenson caused a publicity storm in 2015  with his ‘war on vegans’ . Later that year Stenson caused more controversy by doubling the room-rates around the time of a sell-out Ed Sheeran concert in the city. Then going on to suggest Sheeran fans sleep in homeless shelters or dog kennels if they are unwilling to stump up the cash for a room.

Ultimately, do you believe there is merit in building a long-term, business-growth partnership with this influencer?

Luxury hotels and influencers: benefits to hotels through working with influencers

For hotels, is it worth working with influencers? Yes, believes Santiago. “Influencers provide access to creative, genuine and powerful content, strong third-party endorsement, and access to new audiences relevant to the hotel brand target clients. Influencers provide fresh content that is fully trusted by our Social Media fanbase”.