How to spot fake followers on social media

Social media influencers who hack the system with fake followers and fake engagement are increasingly being called out. The New York Times ran an exhaustively-researched report recently exposing Devumi, a US company which has in the past sold followers to personalities such as British Bake Off baker Paul Hollywood; Olympic rower, James Cracknell and Twitter board member Martha Lane Fox.

The NYT feature story is just the latest in an increasingly vocal media who are calling out people who want to appear more popular or exert influence online by cheating the system. Digiday wrote about the issue in August 2017 and again in November. The Drum has covered how cosmetic brand, Sephora, handles fake influencers in December 2017.

The phenomenon of creating the impression of popularity through the purchase of followers is as old as the social platforms themselves, though. Twitter Audit launched six years ago in 2012 to expose Twitter fraud - more on this tool and others later.

How to spot fake followers and fake engagement

You'd expect to see someone who's paid for fake followers and/or faked engagement to receive sudden spikes in follower counts as they buy new followers.

How can you spot these sudden upticks? You can turn to services to do the heavy lifting with this. Run the social media account through a service like Socialblade. Enter the username of the profile you want to check. Select the social media platform. From there you can monitor follower growth on a daily basis and examine a chart tracking changes across the last month. 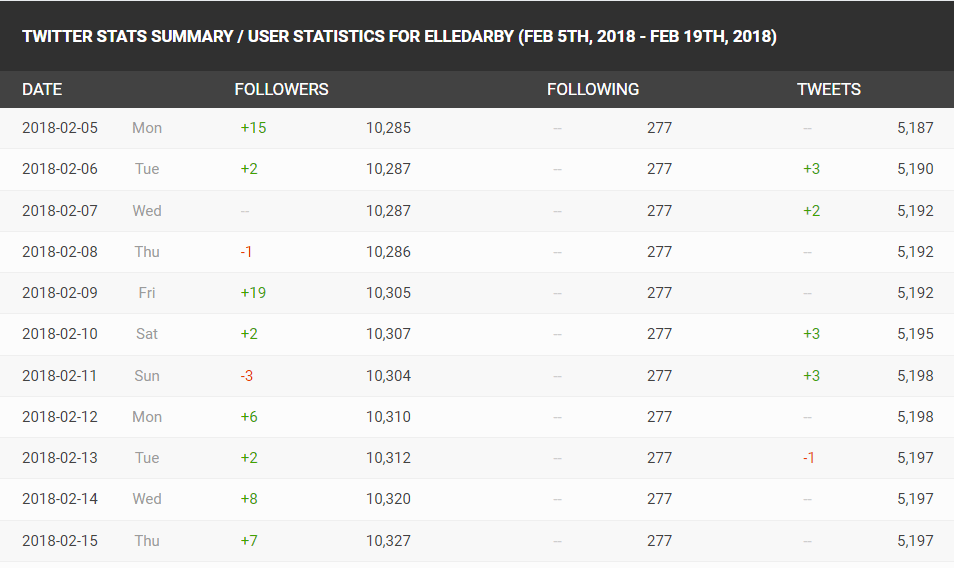 Elle Darby - the young YouTuber at the centre of the Dublin hotel content for accommodation furore has an organic follower growth rate on Twitter according to Socialblade a tool which can help marketers spot fake followers.

I use Socialblade. I like its layout and multiplatform functionality. It is, by no means, the only application for checking the follower 'health' of a social media account.

StatusPeople was formed in 2011. Its Fakers App was launched the following year in July 2012. The app claims to be the first social media tool in the world to inform people how many fake and spam followers they had.

This tool was recommended to me separately by both Andrew Bruce Smith of Escherman, a social media and analytics consultancy and Andy Barr the head of digital agency 10 Yetis Digital.

Twitter Audit has been exposing Twitter fraud since 2012. Each audit takes a sample of up to 5,000 Twitter followers for a user and calculates a score for each follower.

This score is based on number of tweets, date of the last tweet, and ratio of followers to friends. The system uses these scores to determine whether any given user is real or fake.

Twitter Audit acknowledges, this scoring method is not perfect but it is a good way to tell if someone with lots of followers is likely to have increased their follower count by inorganic, fraudulent, or dishonest means.

Botometer (formerly BotOrNot) is similar to Twitter Audit. It checks the activity of a Twitter account and gives it a score based on how likely the account is to be a bot. Higher scores are more bot-like.

The tool uses machine learning to find behaviour patterns that correspond with real people vs automated bots or sporadic usage. 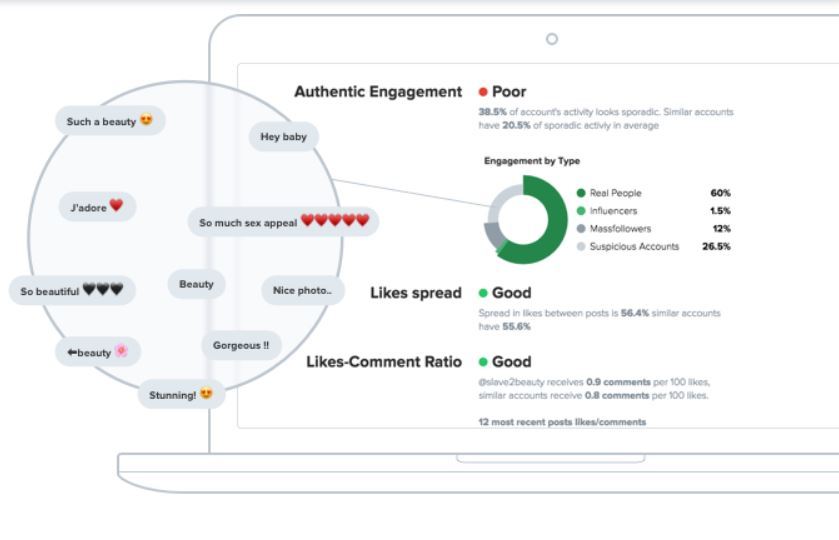 Click through to a handful for followers on the account. Do they have fully-completed bios? Do they have lots of followers? Are they posting lots of content?

Initially chuffed to be getting several retweets for one of my stories I clicked through to one of the sharers to thank them. The account for Ella Sibiski was not fully completed. There was no header image, no bio. She had a following of just 30 and had only tweeted 35 times. All of these tweets were retweets.

Ella, I suspect you can not provide the type of social proof I was hoping for with your retweet - but thanks anyway!

Do the engagement rates fall inside or outside these parameters when checking profile accounts on social media? 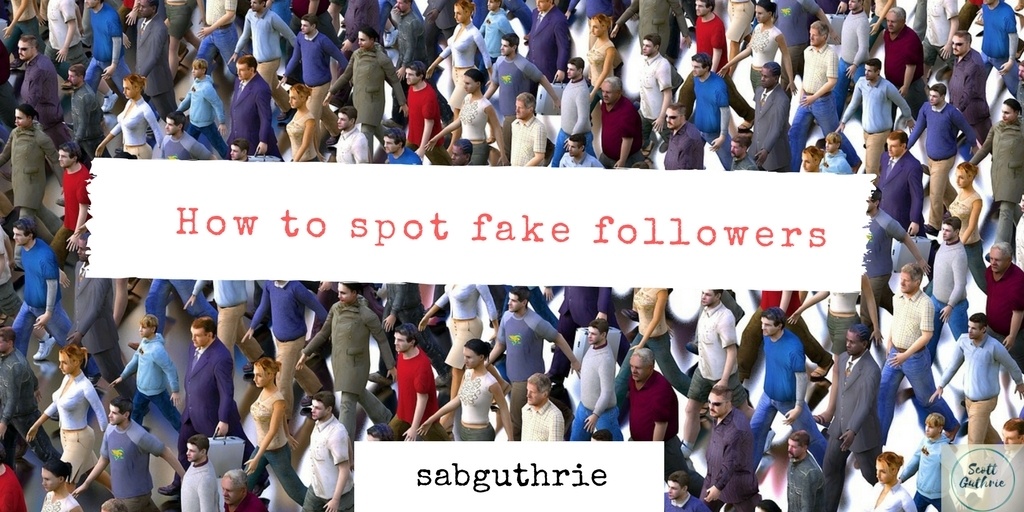 The profile you're analysing has earned high rates of engagement. Good news right? Sadly, not necessarily. Not all comments, likes and shares are created equal.

Check whether the comments are meaningful, specific to the particular post or generic comments like: "Cool," or "love it". This might suggest one of two things: either the person's follower base is comprised of limited-vocab teens or they're part of an comment collusion via an Instapod or bot.

#5 Follower and Following numbers in parity 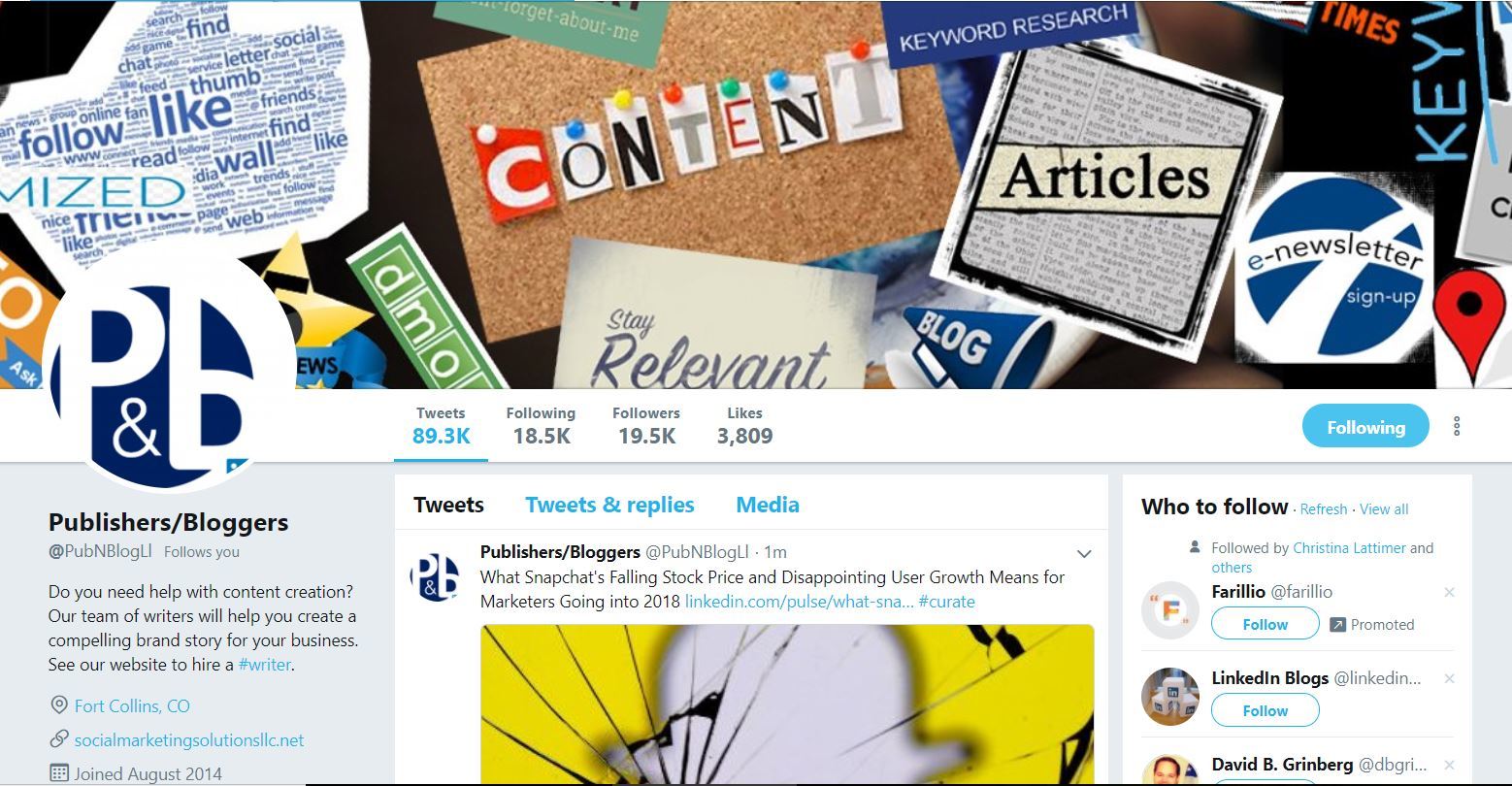 I can't be sure whether Publishers/Bloggers uses a follow-for-follow technique. They have followed me several times on Twitter over the years and unfollowed me when I don't follow back.

People turn to automation tools, or bots, to boost their Instagram followings explains Evan LePage in an article for Hootsuite, the social media scheduling company.

He achieved this vacuous following by automating the commenting functionality and associating different stock phrase comments with hashtags. Plus by automating following based on targeted hashtag in the hope the Instagram user would follow back.

This might be done manually or via signing up for a service as LePage did as an experiment.

What's the problem with this? The influence probably isn't real. As the audience is built as a way of saying thanks for following them back.

What happens if when the person followed doesn't follow back? After 24 hours or so they tend to be unfollowed. These people track who's not following them back through services such as Commun.it .

How much content is the account publishing to the social media platform? In the example above Ella Sibiski had only posted 30 tweets. Most of which were retweets.

There's a potential red flag if the account has only posted a several occasions, yet the amount of engagement received on these posts plus the number of followers is high. Of course common sense must enter here. The influencer may be more prevalent on another platform or IRL. High follower counts might have crossed from other platforms. Though usually influencers will cross-post to each of their social media accounts when they publish new content.

Check the location of followers. If the influencer is best known in, say the UK, it might be surprising to find a sizeable following in more far-afield countries.

A big following from people in countries sometimes associated with fake farms like India and Latvia might be a red flat to the authenticity of their reach.

Brilliant article on the current hot topic of fake social #influence. I would add https://t.co/9Oi4CuqZBn as a handy tool to spot fake Twitter ppl and also one tip of looking for big acc's who have followers from strange countries (Latvia, India etc). Probs fake. #social #pr https://t.co/m37vUn8ClH

A word on perspective

Exploiting ‘the system’ is not unique to influencer marketing. There will always be those who work at the edges of acceptability in any walk-of-life.

Tax evasion is illegal whilst tax avoidance is legally exploiting the tax system to reduce current or future tax liabilities by means not intended by parliament. Legal - though ethically questionable.

Tolley’s Yellow Tax Handbook - the bible for UK accountants, runs to a 15,500 pages over six volumes. It explains the intricacies of the UK tax system. Each new edition gets longer as parliament seeks to close loopholes and remove wriggle-room of interpretation. Whilst those practicing in the hinterland of acceptability seek to hack the system - hunting out and exploiting new loopholes.

Editor's note: this article was updated on 26 February, 2018 to reflect the generous tool recommendations and tips made by Andrew Bruce Smith and Andy Barr.