The dangers of blacklisting influencers

Blacklisting influencers provides a binary outcome to a highly nuanced issue. It would create unfair winners and losers.

“Imagine taking an Influencer on a press trip to Bali, pulling out all the stops, spending so much money on them and then paying for content afterwards only to find out that 10% of their following are genuine accounts. Isn’t this fraud? Pretending to be someone they are not? Providing false figures? There would be minor engagement on the press trip and posts, resulting in return on investment being extremely low. The campaign doesn’t play out very well and now the PR has to explain themselves as to why the press trip was worth the PR budget.” So hypothesises UK PR practitioner Orlagh Shanks, aka Orlagh Claire, in a recent blog post.

The ethics of influencer fraud

The premise of influencer marketing is authenticity. We don’t tend to trust politicians, big business or brands. As consumers, we do listen to, and are influenced by, people like us. For a member of an influencer’s audience to discover the influencer has faked their level of influence through purchasing reach or engagement begs the question: what else are they faking? Do they really like the products they’re promoting? Is the organic content they publish really organic or could it be paid for? When they create a negative review is that heartfelt or paid-for by the rubbished brand’s rival?

An influencer is only an influencer because he has an audience to exert influence over. Lose the audience and you lose the influence.

If a social media influencer buys likes, or other support, with the intention of misleading an organisation into paying him to promote a product, he could be breaching the Business Protection from Misleading Marketing Regulations 2008, which is a criminal offence.

Acting in this way could also potentially be considered to be fraud, if the influencer is deliberately giving false information in order to defraud a business into paying him to promote a product.

I researched this topic for an article: Influencer fraud could be criminal offenceback in July. As part of my research I spoke with:

You can read more about my finding on influencer fraud and the law here.

Bought followers are either bots or, if human, come from follower farms usually based in countries where the influencer has neither a genuine audience in their own right nor an affinity with your brand. Put bluntly, fake followers don’t buy stuff. As I reasoned in a response to Keith Weed, the Unilever CMO’s three commitment to combat influencer fraud: “these bots and irrelevant followers are never going to help Unilever shift sales in deodorant, soap or stock cubes (Lynx, Dove, Knorr).” 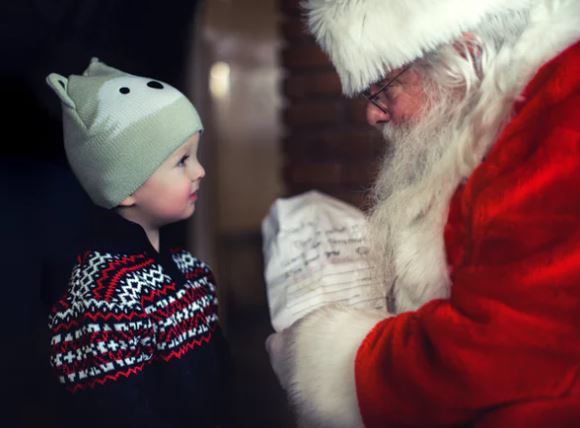 Blacklisting influencers: Creating a Santa's naughty and nice list equivalent for influencers looks good on paper but is fraught with problems.

Creating an equivalent of Santa’s naughty and nice list for influencers is a good idea in theory. In practice there are problems.

For how long are influencers to be blacklisted? In perpetuity? What if an influencer bought some followers and engagement when they were starting out but haven’t indulged in the murky practice in years? Is there hope of redemption for this influencer or is she doomed never to collaborate with brands again?

Instagram may have even condoned the practice of buying followers in the beginning. "During Instagram’s early years the social media platform start-up appeared to be relaxed about third-party tools swelling follower numbers for users, says influence strategist, Dudley Nevill-Spencer. Through this lens you could argue that Instagram users bought fake following in good faith during this time. Should they be punished now?

Is the intention to place influencers on a blacklist for a set period of time, only? In the same way that drivers caught breaking the speed limit are subject to points against their driving licence will an influencer’s blacklist membership be withdrawn once an agreed period of time has elapsed?

Is there a right to appeal for influencers who find themselves on a blacklist and believe it to be unjustified? What exactly are the drivers for being put on the list and is there a process for being removed?

There are seven key identifiers to look out for when vetting a prospective influencer to determine whether it is likely they have committed some degree of influencer fraud. I lay out all seven in an earlier article: How to spot fake followers on social media.

Building social media follower counts organically is incremental. Your audience size tends to grow as other social media users discover the content you're publishing, sharing and commenting on. Natural follower count rises smoothly, it's a consistent growth.You'd expect to see someone who's paid for fake followers and/or faked engagement to receive sudden spikes in follower counts as they buy new followers.

Anthony Richardson, the CEO of Q-83, an Australian-based Instagram influencer marketing analytics platform, explained a pitfall of relying too heavily on sudden spikes in followers as a sign of influencer fraud: “Take Dean ("Deano") Gladstone one of the lifeguards from Bondi Rescue” - a TV show featuring the lives of the lifeguard patrol on one of Australia’s most famous beaches. “Deano’s Instagram account grew by 5,000 followers in a week. Ordinarily, such growth would have earned him a top spot on a blacklist for buying fake followers. In reality, the sudden spike corresponded with Bondi Rescue airing on Netflix in the US. The follower figure grew organically because of this outside event.”

What happens if an unscrupulous influencer wants to ‘nobble’ a rival influencer? Say you’re an Instagram influencer working in the fashion and style vertical. Brand collaborations for all three of your favourite sunglasses makers always go to your rivals. They tend to pick up much of the fashion accessories work, too.

I can foresee instances where influencers who feel they’re missing out would be tempted to buy a stack of fake followers and fake engagement for rivals’ Instagram handles. It's a temptation to sabotage rivals and get them blacklisted.It’s easy to do. Companies such as Instaboost don’t require you to verify ownership of an account to buy fake followers and engagement on its behalf.

Nik Speller, head of campaigns at Influencer  wrote recently: “No one out there (save the social networks) has a hold of the definitive proof of fraud - and all of us who’ve been playing this cat-and-mouse game for a while know that uncovering fraud is a hugely complex, deeply difficult task, that involves studying Social Blade graphs, buying tokens from HypeAuditor, reading the tea leaves, asking the questions, checking the notifications, putting out the feelers, saving the screenshots, crossing our fingers and praying our (educated) assessment is the right one.”

Blacklisting influencers provides a binary outcome to a highly nuanced issue. An artificial intelligence tool will catch many. It will also falsely prejudice the livelihoods of a few. Blacklisting will additionally whitelist some influencers who have evaded the system.