YouTubers as antidote to post-truth world

Will the Casey Neistat new venture bring a bit of Buzzfeed and Vox.com to CNN to help mend a broken and distrusted traditional media asks Scott Guthrie

The CNN deal will see the winding up of BeMe the Gary Vaynerchuk-backed video app Neistat runs with Matt Hackett, former VP of Engineering at Tumblr. But the new venture will also bring the same authenticity-driven ethos the app inspired.

Hackett will oversee technology whilst Neistat will be in charge of editorial of “timely and topical video and empowering content creators to use technology to find their voice”, according to the CNN press release.

This is a significant move for CNN, Neistat and Hackett. It has potential to provide a small antidote to our post-truth world.

Post-truth: the compound word which Oxford Dictionaries announced recently as its Word of the Year 2016 exploded in popularity this summer around the UK’s EU referendum and in the run-up to the US presidential election as the image below shows. 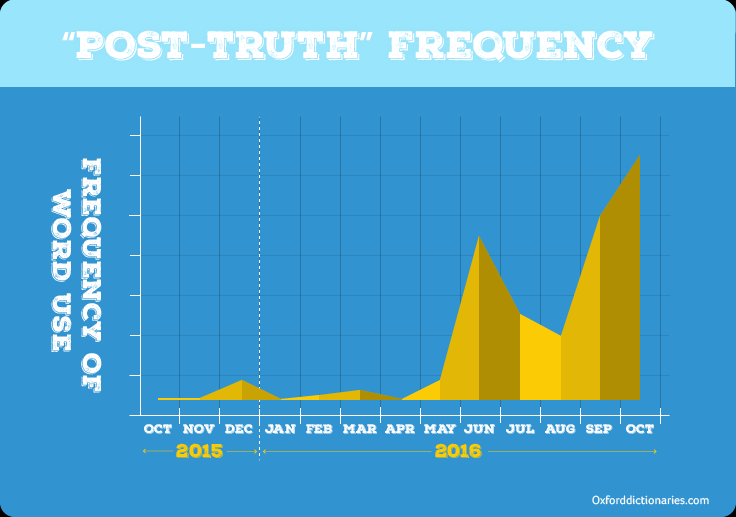 I discussed the phenomenon in my post entitled: Living in a post-factual world.

“A huge part of my particular audience sees news and media as largely broken,” Neistat is quoted as saying via the New York Times. “My dad sees it as the word of God, but I think the young people do not.”

We have grown weary of spin. We are skeptical of much that is ‘official’ be it politics, business or traditional masthead media. We do, however, identify with online influencers. We find them more relatable; more engaging than traditionally authoritative voices. A less polished, more authentic, intimate voice which moves us to change. 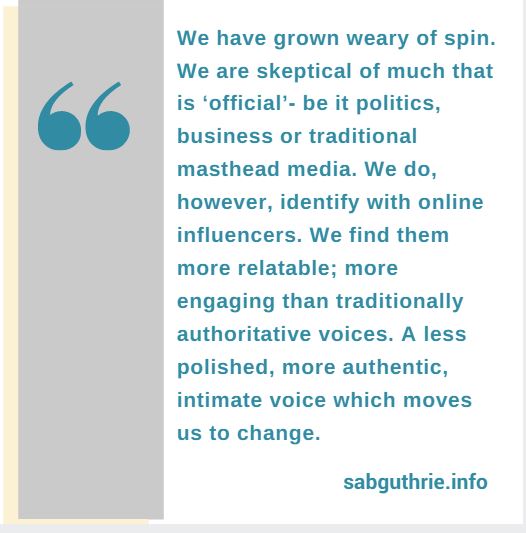 We don’t just watch YouTube creators, we feel as though we can interact with them, too.

By the end of the decade YouTube stars will consume the entire top-20 celebrity influencer list for American teenagers according to celebrity brand strategist Jeetendr Sehdev in a Variety commissioned survey.

Neistat understands the zeitgeist telling The Verge “There is a tremendous distrust between the audience that watches my content online and the information that is put out by traditional media. Our broad ambition is to figure out a way with tech and media to bridge the gigantic divide.”

Likewise Vox.com, under editor-in-chief Ezra Klein, has created a huge following serving the important news stories of the day in a format and style which a predominantly Millennial audience finds palatable to swallow.

Klein addresses what journalists have long-time called the spinach stories – stories which you know are good for you but you don’t necessarily want to consume. Vox.com brings these stories to life making them not just matter or more appealing but also making the big topics of the day understandable – delivering contextual information more cleanly, clearly, and consistently.

An antidote to the post-truth era means delivering information with context. It means being willing to adopt a tone that isn’t intimidating or exclusive but rather a tone which is inclusive inspiring comment and interaction through honesty and understanding. It means being aware that no one really has the answers any more but being willing to try and figure out some of them.

Let’s hope Neistat, Hackett and CNN can help us figure it out, too.