How Oprah and Weight Watchers have joined forces to create a mutually-rewarding, long-term influencer marketing programme – by Scott Guthrie

Influencers are no longer mere digitised fog horns booming out stories to their communities cutting through the noise of content marketing. They are co-creators. The smart brands and influencers work together collaborating on content creation (white papers, guest posts, podcasts).

Influencer marketing: from promotion to co-creation 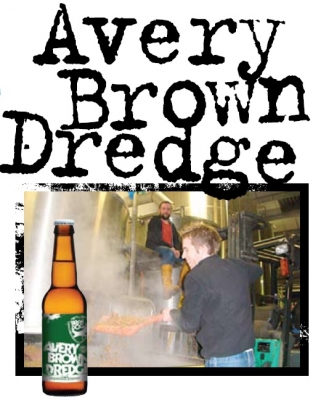 BrewDog took influencer-driven product creation further with their next beer, #Mashtag, the world’s first completely crowdsourced beer. Both were a sell out.

To keep up with the needed capacity at the brewery the Scottish beer maker turned once more to its influencers. Equity for Punks was launched as a financial incubator to give “thousands of people a front row seat to the craft beer revolution”. The company is now owned by its friends, community and fellow beer drinkers.

Can this influencer-driven model be achieved in a mainstream, global way? Enter Weight Watchers and its Oprah Winfrey tie-in.

The weight management services company has a problem. It’s system is not as sexy as wearing a fitbit to measure calories burned.

It’s more expensive than buying a diet book. Its issue: remain relevant in today’s crowded marketplace. To connect with the Everyman: ‘people like us’ who struggle against weight gain. But how?

Her 2014 ‘Life You Want‘ tour sold out stadiums from Newark to Seattle too with her inimitable brand of self-help.

With excellent credentials in relevance, reputation, resonance and reach, Oprah’s Twitter follower count totals 31m, how could Weight Watchers set about getting the long-reigning queen of daytime TV on the hook?

Brands need to understand what motivates the influencers they’re seeking to start long-term relationships with. The partnership needs to be mutually rewarding.

What better way to ensure long-term buy-in with this billionaire businesswoman than through awarding influencer marketing endorsements with equity and options.

In a deal struck last October Oprah has bought 10% equity in Weight Watchers with options to acquire an additional 5% of the fully diluted shares. The deal also gives Oprah a seat on Weight Watchers’ board.

Echoing the words of American entrepreneur Victor Kiam who bought Remington – famous for its fuzz-away and electric shavers in the ‘70s & ‘80s – Oprah said in the deal announcement:

“I believe in the program so much I decided to invest in the company and partner in its evolution.”

Jim Chambers  President and CEO, Weight Watchers International, Inc got to the core of influencer marketing’s power to influence people like us in the same announcement:

“There is tremendous alignment between Oprah’s intention and our mission. We believe that her remarkable ability to connect and inspire people to realize their full potential is uniquely complementary to our powerful community, extraordinary coaches and proven approach.”

Is the Oprah / Weight Watchers tie in working?

Is this connection between weight management services company and billionaire businesswoman working? what are the results so far?

Earlier this week Oprah Tweeted a video endorsing Weight Watchers and eulogising about her being able to continue to eat bread and lose weight.

The endorsement, saw Weight Watchers’ share price surge by 19.5% to $13.29 at the close of trading last Tuesday.

Great news for Weight Watchers who gained nearly $150m to their market capitalisation. Great news for Oprah who makes a paper gain of $12.5m in value on her investment.

Will it be great news for for consumers? It’ll depend on whether Oprah can keep up the weight-loss programme as well as the influencer marketing programme.

Advertisements or sponsored content need to be more than identifable as marketing communications. They must also be obviously identfiable as such. Best practice on sponsored content is use the hashtag #spon or #ad on all promotional tweets. Particularly where the advert may not be immediately apparent as a promotional tweet, e.g., where it is in the form of a celebrity endorsement.

You can find out more about influencer marketing and the law here.