'OK boomer' attacks attitude more than age. It is a reminder to all of us communicators to be more sophisticated in our audience segmentation.

When a New Zealand lawmaker dismissed a heckler with the phrase ‘ok boomer’ yesterday she was speaking more about attitudes than age.

25-year-old Chlöe Swabrick explained to fellow MPs that “change was so regularly being sacrificed for power.” Swabrick’s point was that climate change is a global phenomenon. She was calling for action; and action to be taken now. In Swabrick’s opinion there needed to be a change in attitude; a shift in behaviour.

By using the put down ‘OK boomer’ Swabrick was picking up on a meme which has been sweeping the US for several months. Taylor Lorenz expertly chronicled the meme’s rise last week in the New York Times.

‘OK boomer’ is a rallying cry to anyone who doesn’t believe in climate change. Or that people sporting tattoos, or piercings or dyed hair should be employed.

Many with these attitudes do indeed belong to those aged over 60 and who therefore fall into the Baby Boomer age bracket. But ‘OK boomer’ is a verbal put down to people of any age who hold this world view. People who don’t ‘get’ new technology. Who can’t keep up with the pace of change, who can’t get their heads around diversity or equality. Boomer is a state of mind more than an age. 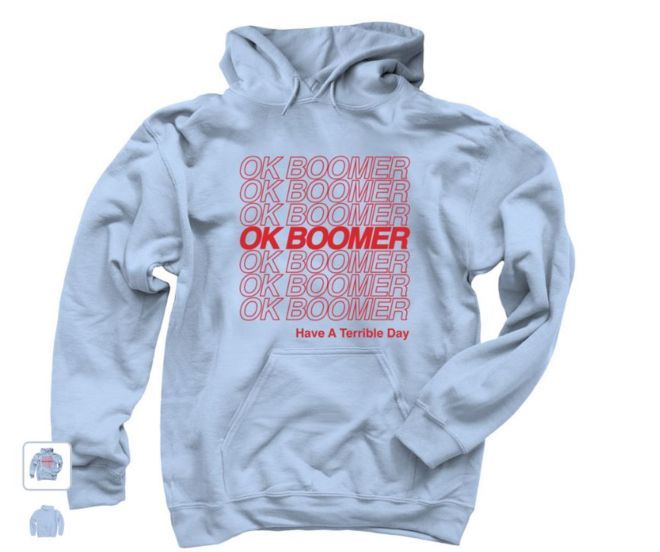 'OK boomer' as reminder to communicators

'OK boomer' is a reminder to all of us communicators. As communicators, we need to be more sophisticated in our audience segmentation. We shouldn’t rely solely on age and gender, where people live, and whether they’ve got a degree or not. We need to better understand the behaviours, interests, beliefs, values, and attitudes of the people we are trying to engage with and ultimately influence.

We need to ditch the one-size-fits-all mentality and place audience interests at the core of our brand messaging.

‘OK boomer’ is a response to being dismissed as a snowflake. But not all Boomers are well off, self-satisfied, technophobe climate deniers. A 2018 PBS Newshour report notes that half of Americans approaching age 65 have less than $25,000 in savings. One in four don’t even have $1,000.

The UK economy has been knocked by pension scandal and shifts in manufacture, industry and retail.

Robert Maxwell, the media tycoon stole more than £400m from 32,000 company members of the Mirror Group pension scheme in 1991.

In 1997 the then chancellor, Gordon Brown, scrapped the tax relief on dividends paid into pension funds. It's thought this move cost Britain's pension savers at least £100 billion. Many insist the decision killed off ‘final salary’ pensions for ever.

More recently the collapse of the BHS department store chain in 2016 led to the loss of 11,000 jobs and left a pension deficit assessed at £571m.

Many boomers, then, are reliant upon state aid and food banks to survive. They, too, are victims of something wider. Something beyond their control. 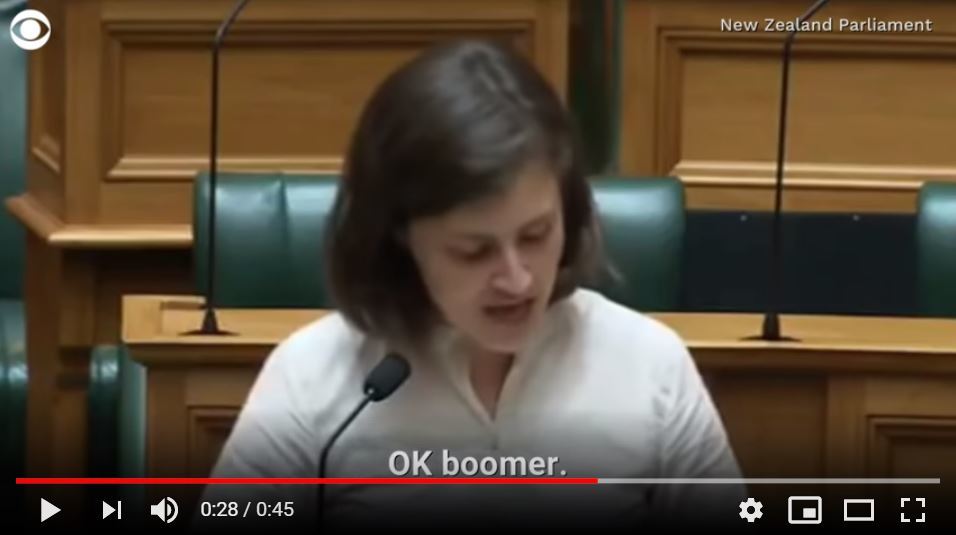 'OK boomer' ... New Zealand MP Chlöe Swabrick silences a heckler in the chamber with the new put down 'OK boomer'.

With ‘OK boomer’ we’ve been here before. Older generations have been dismissed in the past because of their age rather than ability or their attitudes.

Marc Prensky did us all a disservice when he heaped us all into one of two camps: digital native and the more disparaging digital immigrant in his now-famous 2001 paper.

RELATED: Why public relations must embrace digital naturals and ditch the natives

For Prensky Year Zero is 1980. Those born after this date “are all ‘native speakers’ of the digital language of computers, video games and the Internet”. Those born before 1980 are condemned to be digital immigrants fettered by ‘accents’ of an analogue era as they strive to adapt to the digital environment.

Marja Åkerström and Philip Young put forward a more useful term as way of a response. The two academics coined the phrase ‘digital naturals’ describing them as “individuals who are comfortable in an online environment, being equipped through experience and exposure to [the] both its cultural norms and the technological competencies required to operate effectively”.

This, more embracing term, turned the use of digital into a mindset or attitude founded on ability rather than on age: “To be a digital natural is to have the skills and competences to operate in the online environment, to treat internet-enabled devices as a routine to daily life, to expect information to be at our fingertips, always available and endlessly abundant. Digital naturals inhabit a place where location and distance don’t much matter and where news travels instantly.”

Like the term digital natural the term ‘OK boomer’ describes attitude and behaviour. It should not be confined to the over sixties.