Judge image manipulation within influencer marketing by its intent to deceive not on cloud formations.

There has been a lot of chatter over the last couple of days about the travel influencer who photoshopped the same cloud formation into several photos.

Social media commentator and consultant, Matt Navara, was the first to spot the cloud similarities. Media titles around the world jumped on the story. Buzzfeed ran an article where the influencer admits the clouds were photoshopped: A Travel Influencer Is Admitting To Photoshopping Her Photos After People Noticed Multiple Instagrams With The Same Cloud Formation. Well, derr, of course it was photoshopped. Blind Freddy could see that.

Is Saravia any different from any of us posting images to social media platforms? Miquela Sousa addressed this point in a 2017 interview. Sousa, better known as Lil Miquela a virtual influencer computer-generated digital human asked: “Can you name one person on Instagram who doesn't edit their photos?” of Shane Dawson in a rare telephone interview posted to his YouTube channel.

This travel ‘influencer’ spookily has the same clouds in every photo.

The issue with image manipulation is one of intent. Was Saravia’s intent to deceive for gain? Photoshopping clouds is innocuous. Image manipulation can cross the line ethically - and often legally - when used in the promotion of goods or services, however.

Rimmel, the cosmetic giant owned by Coty, discovered this the hard way last year when  Ireland’s advertising watchdog found a social media influencer promoting Rimmel makeup products to be in breach of its code.

In a complaint filed with the Advertising Standards Association of Ireland (ASAI) the complainant considered the advertising to be misleading. She said the image ”had been filtered and photo shopped”. The complainant considered that “people may purchase the Rimmel Foundation thinking they would achieve the same results if they used the product but as the image had been altered this would not be the case”.

I spoke at the time with Rupa Shah, founder of Hashtag Ad Consulting, a company which provides bespoke guidance on the rules and regulations of influencer marketing. She told me: “The existing [Advertising Standards Authority] general principles on the editing and manipulation of images continue to apply i.e. that advertised claims (including visual claims) should not misleadingly exaggerate the effect the product is capable of achieving.”

Some brands are taking seriously the use of image manipulation in their advertisements. Global consumer goods company Unilever has introduced a branding mark on its Dove beauty products to indicate its advertising is free of digital manipulation. The "No Digital Distortion" label appears on all of Dove's static imagery across print, digital and social. 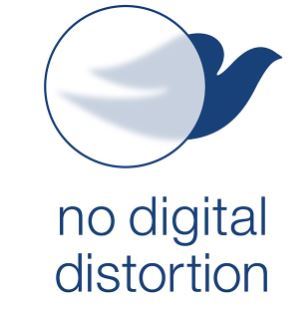 Dove's move responds to research from the brand's 2016 Global Beauty and Confidence report. Dove found 77% of women around the world believe that all media images are digitally altered. It also found that 69% of women felt anxiety from advertising and media to live up to unrealistic standards of beauty.

If the algorithm tells me anything, it’s that we all love a good beach pic lol

But imagine a world in which pristine, insta ready beaches are no more. Actually, it’s really freaking hard to imagine it because we’re often so focused on the now and the superficial. I’ve partnered up with @britausa to show what our precious beaches and coasts could look like if we, as citizens of the world living on this planet *given* to us, don’t collectively work to reduce single use plastic waste – especially bottled water. The circumstances are more dire than ever and the time to act is NOW!!!

Other companies are playing with the ubiquity of image manipulation on social media. One company is photoshopping images to promote positive social change.

Water-filter maker Brita recently ran an influencer marketing campaign to highlight the alarming growth of plastics discarded into the world’s seas. The company worked with 21 influencers to post personalised Instagram pictures that have been photoshopped to depict natural settings marred by pollution, according to Mobile Marketer. The activation also promotes its reusable drink bottles.