Ireland's advertising watchdog makes first finding against influencer marketing image manipulation. In an age of smartphone photo filters and editors what does this landmark case mean for the whole industry?

In a complaint filed with the Advertising Standards Association of Ireland (ASAI) the complainant considered the advertising to be misleading. She said the image ”had been filtered and photo shopped”. The complainant considered that “people may purchase the Rimmel Foundation thinking they would achieve the same results if they used the product but as the image had been altered this would not be the case”.

In her response Rosie Connoley the Irish social media influencer with 190,000 Instagram followers said that Rimmel had approved the images which she had forwarded to them, therefore, the complaint should be addressed to them. However, the law says brands, PR agencies working on their behalf, and the influencer are all responsible for ensuring that paid-for content is labelled properly and that the disclosure is displayed prominently.

In upholding the complaint the ASAI committee noted that camera filters were one form of post-production technique that could be used in the creation of material for social media posts. They referred to the Code requirements that advertising should not either mislead or exploit consumers credulity, inexperience or lack of knowledge.

“The Committee considered that the use of post-production techniques which exaggerated the effects of an advertised product could mislead” … and that “the advertising had been likely to mislead and was in breach of Section 4.1, 4.4 and 4.9 of the Code.”

How might this Irish test case affect influencer marketing globally?

“Can you name one person on Instagram who doesn't edit their photos?” asked Instagram influencer Lil Miquela of Shane Dawson in a rare 2017 telephone interview.

Lil Miquela raises an obvious point, of course. In an age of ubiquitous image filters and editing apps available and smartphone-ready, who doesn't turn to technology to improve their images before posting?

The issue is complicated further as Miquela Sousa aka Lil Miquela - the Brazilian American fashion influencer with 1.1m Instagram followers - is a computer generated image.

‘She’s’ modelled clothes for brands including Prada, Chanel, Diesel and Moncler. Her representatives are vague, however, when asked if the avatar influencer, or those behind her, have ever benefited materially from the brand connections.

Do CGI influencers create unrealistic expectations about what beauty, style and culture looks like? Does the fit and flow of the clothes being ‘worn’ by avatar influencers not mislead, too? Don’t they also exploit consumers' credulity, inexperience or lack of knowledge? 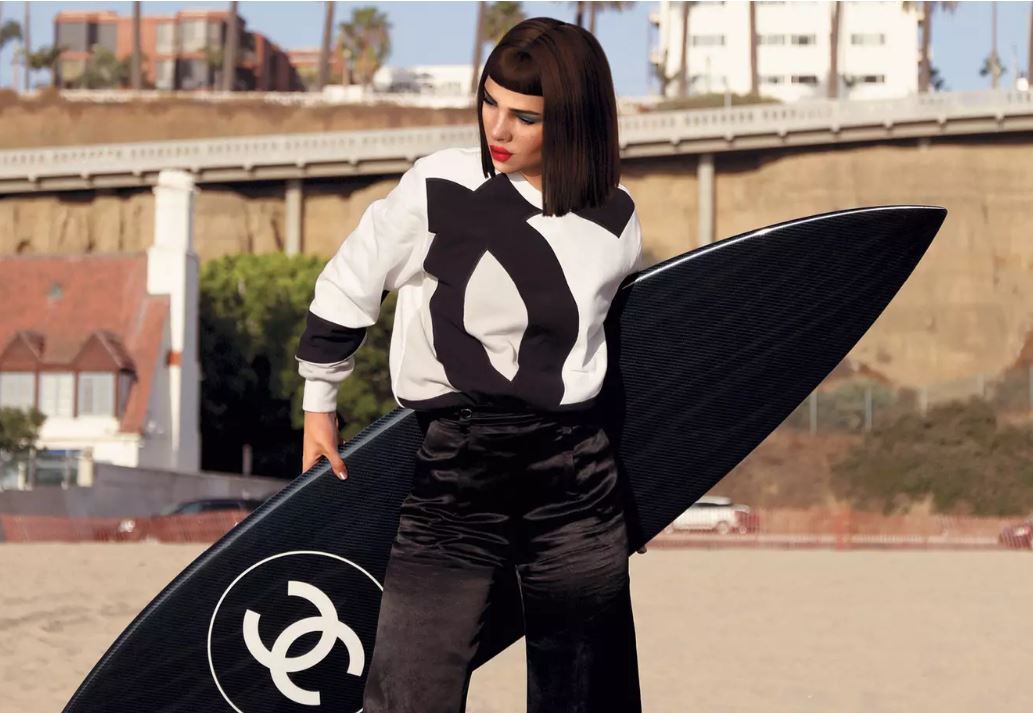 Influencer marketing image manipulation: Do CGI influencers create unrealistic expectations about what beauty, style and culture looks like? Do these avatar influencers mislead and exploit consumers' credulity, inexperience or lack of knowledge?

Investors have recently put $6m into the company behind Lil Miquela. They see the growth potential in computer-generated creations becoming mainstream fashion influencers. The avatar influencer's brand partnerships have already de-risked their investment by providing proof of concept.

Shudu was designed as an art piece celebration of beautiful dark-skinned women; a project to frame beauty.

London-based model, Fatou Suri, told the BBC what she thought of Shudu after discovering Shudu is an avatar:

“As a model, I’ve had my image perfected. I sometimes look CGI’d to the point where it changes how I look, so it’s kind of similar,” she says. “Obviously with Shudu, she’s so perfect I’m a bit glad she’s not real!” Here, Suri echoes Lil Miquela's point of the omnipresent nature of image doctoring before being shared with friends, family and followers online.

Cameron-James Wilson includes the hashtags #3Dart and #digitalart in all of Shudu’s Instagram posts to remind viewers that the images are computer generated.

Rupa Shah provided her professional opinion on the subject. Rupa is founder of Hashtag Ad Consulting, a company which provides bespoke guidance and training to brands, advertising agencies and tech platforms on the rules and regulations of influencer marketing.

I asked Rupa at the time where legislation currently stands in the UK regarding influencers and image manipulation. “The ASA has advised that they will not be following the ASAI’s approach” explained Rupa. “The existing general principles on the editing and manipulation of images continue to apply i.e. that advertised claims (including visual claims) should not misleadingly exaggerate the effect the product is capable of achieving.”

Passing off stock images as own work

The Singaporean Instagram influencer with 101,000 followers had passed off Shutterstock, CanStockPhoto and Unsplash.com images as his own work.

Yow partnered with Sony, Uniqlo, Issey Miyake and Colgate on sponsored content. All brands were unwitting of the deception.

The ‘photographer’ has since removed all posts from his Instagram feed save for one black image with a lengthy caption: an apology. The 400-word mea culpa includes the lines: “I was wrong to have claimed that stock images and other people’s work were my own. I was also wrong to have used false captions that misled my followers and those who viewed my images.”

The apology has come amidst a raft of media attention from mastheads including The Straits Times, Channel News Asia and the BBC.

This week Unilever's Dove introduced a branding mark to indicate its advertising is free of digital manipulation. The "No Digital Distortion" label will appear on Dove's deodorant campaigns starting next month. By January 2, 2019, the branding mark will feature on all of Dove's static imagery across print, digital and social.

Dove's move responds to research from the brand's 2016 Global Beauty and Confidence report, according to AdAge. The marketing website has reported that Dove found 77% of women around the world believe that all media images are digitally altered. It also found that 69% of women felt anxiety from advertising and media to live up to unrealistic standards of beauty.

Influencer marketing image manipulation is not new. But, it forms part of a discipline facing increasing scrutiny. Earlier this month Unilever CMO, Keith Weed called on brands to ditch fake influencers. The media has also been recently reporting on the unscrupulous elements within and in doing so conflating influencer marketing with influencer advertising.

This story was updated at 21:30 on 28 June. The section on Dove's introduction of a branding mark to indicate its advertising is free of digital manipulation was added. Dan Gerrella shared that story with me this evening. The story benefits from the addition of this section.