FuturePRoof 4 book highlights systemic issues underpinning racism in the workplace and gives guidance on how to stamp it out.

#AD declaration. I was gifted an advance PDF copy of FuturePRoof 4.

In early June Instagram feeds were suddenly flooded with black tiles. Blackout Tuesday was designed as a mark of solidarity in the wake of George Floyd’s death. His killing by a Minneapolis police officer had sparked widespread riots in the US and anger at systemic racism worldwide.

But how many of those brands, musicians, actors, and influencers did anything further for the cause? This is a theme considered in My allies never post black squares - a chapter written by Harriet Small Oket for the newest FuturePRoof book - FuturePRoof 4 published today.

Ms Small Oket, a communications consultant who has worked at companies including Sky, Transport for London and Hackney Council, explains that allyship isn’t a one-and-done act. It’s rooted in the practice of acting, listening and yielding one’s privilege. Allyship is a learning process.

We’re urged to rethink performance and preparedness in this chapter. To take time to understand the sometimes chasmic differences between intent and impact.

Blackout Tuesday illustrates the point. Many who posted black tiles offered little to no context or information about the movement or demonstrations they intended to support. Worse, the deluge of these posts appended with the #BlackLivesMatter hashtag had the unintended effect of making it difficult for people to find critical information and resources related to anti-police brutality demonstrations.

Ms Small Oket offers a helpful checklist of actions for us to consider in this pursuit of effective allyship. The list includes questions we should ask ourselves such as:

My allies never post black squares is one of 19 chapters in FuturePRoof 4. The brainchild of Sarah Waddington edition 4 sees Ms Waddington once more edit and curate smart thinking and advice from in-house and communications agency practitioners, academics, journalists and recruiters 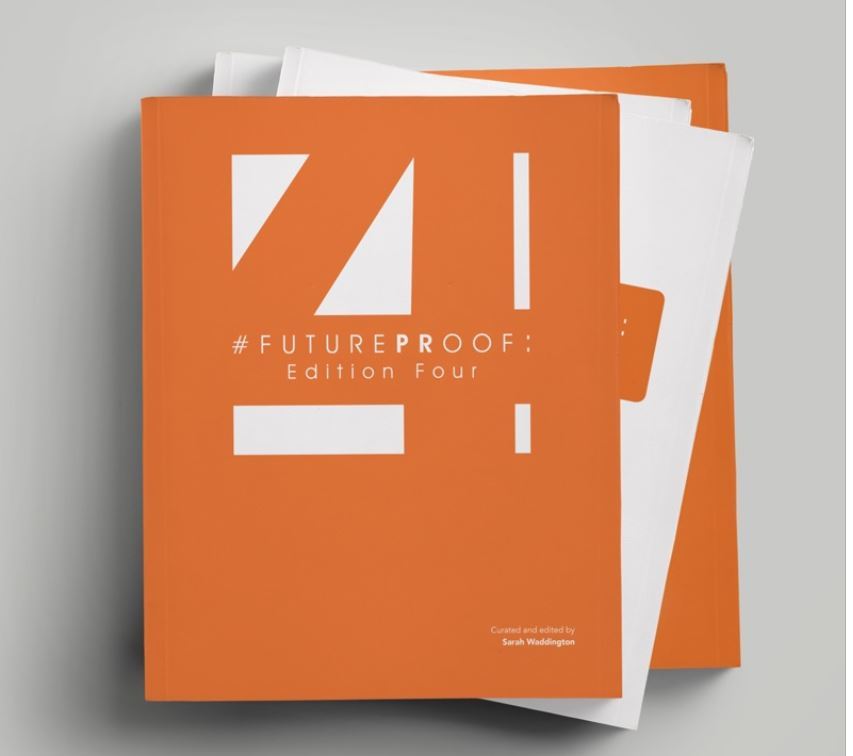 FuturePRoof 4: highlights systemic issues underpinning racism in the workplace and provides guidance for those keen to stamp this out

FuturePRoof 4 highlights systemic issues underpinning racism in the workplace and provides guidance for how to stamp this out. Though the book was never meant to be a book about ‘black issues’. Ms Waddington explains the themes covered are “cultural and societal issues, not black or BME - just like pay inequality isn’t a women’s issue. This was always to be a forward-thinking look at best practice within public relations, with the purpose of reasserting PR’s value to business.”

Ms Waddington continues: “Where contributors asked if they could write from a racial diversity and inclusivity standpoint, that was in their gift. And I’m glad some of the amazing authors took that decision. Every single contributor has done a brilliant job and I’m grateful to them for sharing their expertise.”

FuturePRoof 4 can be purchased at cost via Blurb and via Kindle. A chapter a day will also be released via the #FuturePRoof blog and shared via @weareproofed

This story was updated on 03 October 2020 to include the fact that I was gifted an advance copy of FuturePRoof 4 via email.

I contributed chapters to the first and second editions of FuturePRoof.