In change management terms there are two ways leaders can communicate a future vision. One negative: portraying the alternative to their view as bleak. One positive: come, join me on a journey to the promised land.

During the UK's recent general election the Conservatives went for the former whilst Labour adopted a more positive approach.

The two main political parties used social media in very different ways. The Tories bought ads. Predominantly Facebook ads. Highly targeted, but ultimately merely ads. The advertisements talked at recipients and usually sought to cause fear and uncertainty in an alternative view to that of the Conservative’s.

It was old-skool advertising via a new-ish channel. Speaking on the Wales Report, Helen Reynolds, a social media expert, says of the Conservative Party “They were trying to demobilise potential labour supporters rather than mobilise support.”

In contrast Labour pushed for engagement with the electorate. The party’s call to action was to share content but more usefully it was to get people involved and ultimately for them to vote Labour.

Labour supporters made content which was creative. When people have an emotional response to content, they’re more likely to share it with their friends and family who they think will have the same emotional reaction to it.

Corbyn targeted the youth vote. He recognised who influenced them and created relationships with those influencers. Whether that was Facebook live interviews with the Big Issue or chats in a café with grime MCs.

Here are the steps Corbyn used to reach and mobilze the youth vote through influencers:

Corbyn understood his target audience. He realised that, for Labour, the key to winning more seats in Parliament lay in the youth vote.

2. Knowing who influences your target audience

Corbyn and his team tapped into the people who influence this audience. These are the grime MCs, the UK rappers, and the young social media content creators.

Momentum videos, for instance, were watched by nearly 1-in-4 UK Facebook users according to Emma Rees, national organiser at the Labour grassroots campaigning network. 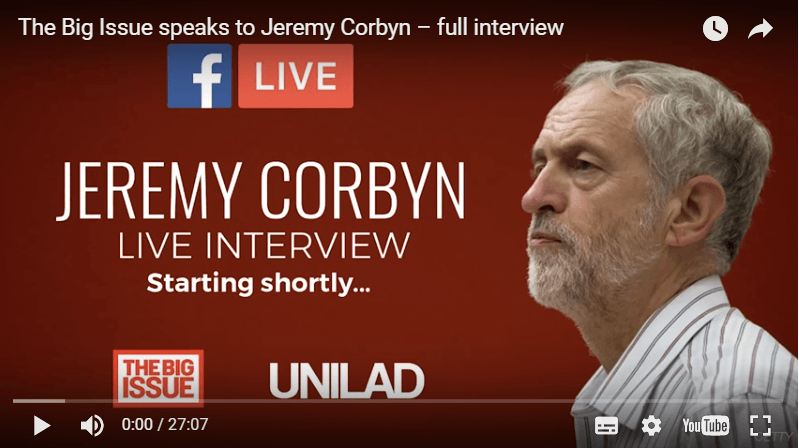 Corbyn took part in a Facebook live interview with the Big Issue - sponsored by Unilad. In doing so he combined the integrity of the Big Issue publication with the vast views brought through Unilad, the powerhouse of shareable, relatable content.

To date the live-stream video has been shared more than half-a-million times (515k).​

4. Creative approach to working with influencers

Corbyn sought to engage with, and influence to vote, the young electorate through engagement not through advertisements featuring these influencers.

Craig Oliver, who until last year was Downing Street’s director of communication, sums this up: “Corbyn managed to find a load of cheerleaders who were willing to spontaneously push it. It’s not relying on a political party to generate material, it’s having people who are self-generating material.” He told Buzzfeed.

Jme, aka Jamie Adenuga, is an English grime MC and co-founder of record label, Boy Better Know. He appears in a video interview with Corbyn sponsored by I-D.

It is a low-production video interview shot in a noisy cafe. This, and the relaxed, conversational tone, adds to the authenticity of the piece. There is no hard sell from Corbyn. In fact the party leader spends the majority of the interview actively listening to Jme's point-of-view.

The video is branded with i-D, the influential fashion and culture magazine and hosted on the style-icon’s Facebook page.

In the same way that the interview with Jme worked because it fused the unlikely pairing of politician and grime MC on a youth-oriented magazine’s Facebook page. This long-form, in-depth article with Stormzy, another UK grime star, worked because, whilst the interviewee was youth-orientated, the platform was an unlikely bedfellow for the musician - the Guardian.

We turn to influencers because we feel they are unvarnished, real, authentic. Stormzy doesn’t adapt his communication style to speak with the Guardian journalist. His words resonate all the more for it. 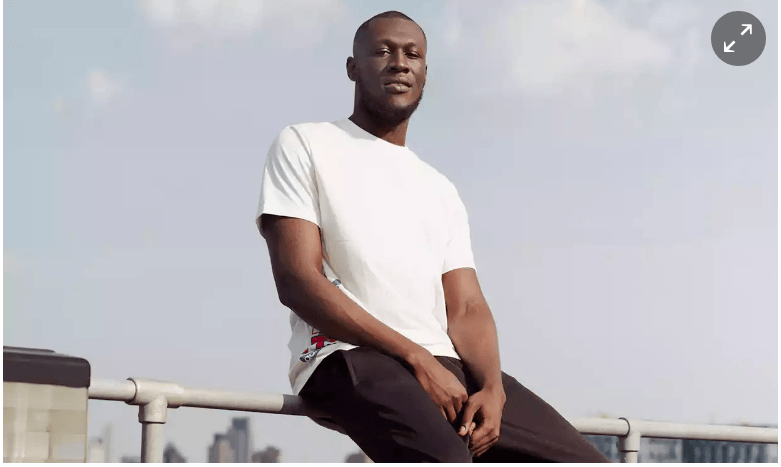 “My man, Jeremy! Young Jeremy, my guy. I dig what he says. I saw some sick picture of him from back in the day when he was campaigning about anti-apartheid and I thought: yeah, I like your energy. Have you seen that footage of House of Commons? They’re all neeky dons! The way they all laugh and cheer. Is this f#*king Game Of Thrones? You lot have got real issues to talk about and deal with. That’s why I like Jeremy: I feel like he gets what the ethnic minorities are going through and the homeless and the working class. That Zac guy, he just seems like a f#*king arsehole.”

The article has been shared 23.3k on Facebook alone.

Other influencers created their own content (UGC, or user generated content) supporting Corbyn which went viral. Rag 'n' Bone Man singer and song-writer of hit single 'human' showed his support on Twitter in a tweet that generated 1.2k shares.

Big up @THTCCLOTHING for the T-Shirt @jeremycorbyn

Channel 4 news interviewed the Brit Awards winner the following week where the singer further endorsed Jeremy Corbyn describing him as a "man that speaks with passion” that he could “relate to what he says and have never felt like that before”.

Did tapping into influencers work?

Did tapping into the influencers of 18-29 year-olds pay off at the election for Corbyn and his Labour party?

In electoral terms, the market research firm found it is age - not class - that is the new dividing line in British politics. Amongst first time voters (those aged 18 and 19), Labour was 47% ahead.

This is almost a mirror image of voters aged over 70 where Conservatives lead 50%. 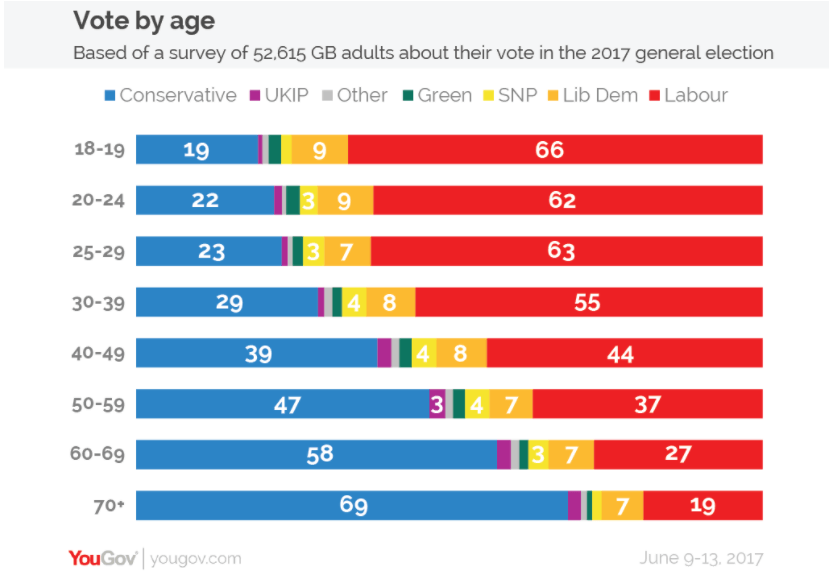 The general election result showed Conservatives made a net loss of 13 seats with 42.4% of the vote, while Labour made a net gain of 30 seats with a 40.0% vote share. This was the closest result in vote share between the two main parties since February 1974, according to Wikipedia, and the highest vote-share for an opposition party since 1970.

And, if the votes were not enough proof that Corbyn successfully managed to tap into the youth vote, inspiring many to vote for the first time, watch this short video on how the Labour leader got his own chant.