The percentage of career influencers (bloggers, vloggers and Instagrammers), has more than doubled in the last four years (up from 8% in 2016). This is according to the annual UK Influencer Survey published today by Vuelio in partnership with Canterbury Christ Church University.

The biggest growth in terms of why people blog is ‘it’s my main source of income’, up 11% in the last four years, compared to ‘it’s a hobby’ which has declined by 8% in the same period. This suggests a natural progression from a hobby to pursuing it as a career, as their influencer skills and followers grow

Those who stated that influencing is their main source of income (36%) or plan for it to be a future income (32%) are more likely to strongly agree they should be paid for all coverage, compared to those who create content for a hobby (15%) or to express their thoughts and opinions (25%).

However, only 30% of all influencers’ content receives some sort of compensation. The most frequently undertaken paid-for activity is sponsored blog posts and sponsored social media content. 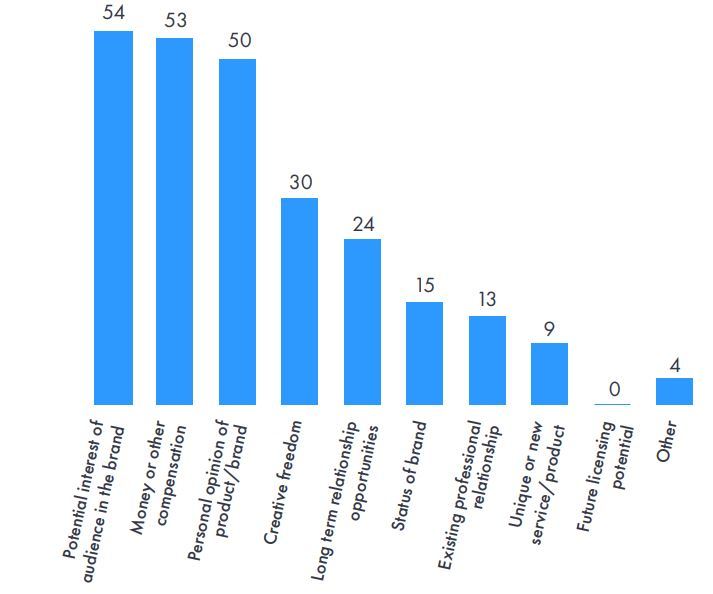 Career influencers put community first when deciding which brands to work with.

The affinity an influencer’s audience has with would-be sponsors tops the list of reasons to sign up to brand collaborations in this survey. Influencers reported that the interest of the followers in the brand was the main consideration in accepting sponsorship (54%), followed by money or other compensation (53%) and personal opinion of the product/brand (50%).

A quarter of respondents (25%) say they spend between 5-10 hours a week on their social media channels. Perhaps surprisingly the second-largest amount of time is 30+ hours a week which nearly one-in-five influencers (18%) report spending on their channels. This category has shown the largest growth in the past four years (up 8%).

Much of this additional work is driven by cross-channel content creation. Influencers are using “a blog as the ‘mother’ channel then creating content to disseminate across other social media ‘children’ namely Instagram, Twitter and Facebook" explains Kristine Pole from the Business School, Canterbury Christ Church University.

“In this way, influencers are starting to build their own media brand and with only 30% of all content receiving compensation, will need to balance their independence with the demands of advertisers” added Pole. 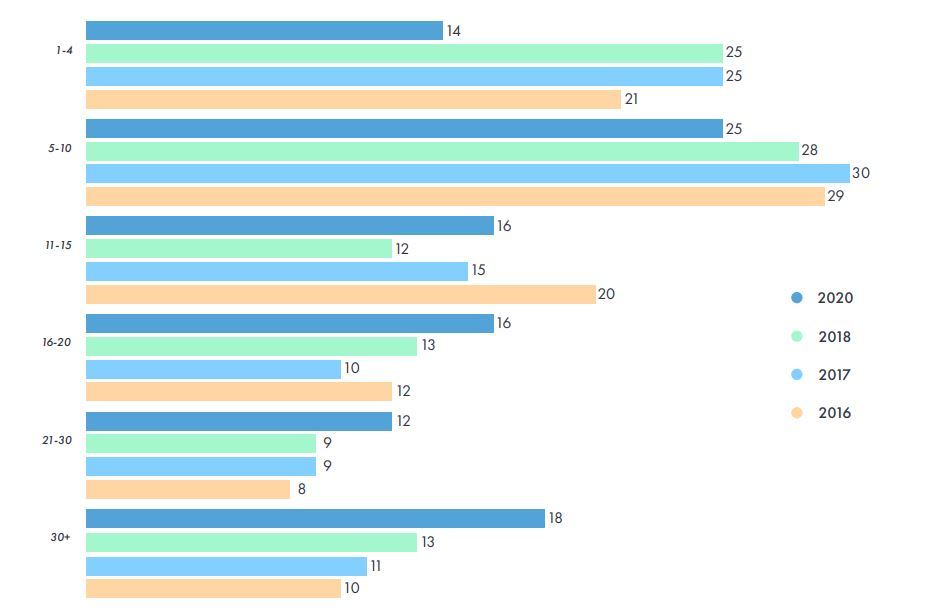 Career influencers spend over 30 hours a week on their social media channels.

Commenting on this year’s survey Natalie Orringe, Chief Marketing Officer at Vuelio notes a shift towards professionalism within influencer marketing: “Over the last four years, there has been a sustained increase in the number of influencers who have turned what was seen as a hobby into a viable career”, adding: “Their success goes hand in hand with influencer marketing as a whole becoming more professional.”

This year's survey shows a march towards professionalism and careerist influencers. The data is at odds with some portrayals of the sector within mainstream media. James Charles' Instant Influencer series on YouTube perpetuates the myth of overnight success. Each of his episodes attracts audiences above 10.5 million views. The reality is that becoming an influencer takes time, patience, consistency in producing compelling quality content, resilience, skills, and luck.

You can download the full UK Influencer survey here.

The survey was conducted in February – March 2020 to explore how influencers work, their activities and views about their relationship with PR professionals and the future commercialisation of their work. To reach this group of influencers an online survey was sent to an initial list of 5,805 influencers from the Vuelio Database. This resulted in 482 usable responses which represents a response rate of 8.3%. As the database is represented by those owning and managing their own channel (98% of respondents), those who influence on behalf of organisations are under-represented and may have different views and behaviours than those represented in the survey.

Photo by Andrew Neel on Unsplash