We are all publishers now but too few are sub editors

Thanks to the social web we are all publishers now, but before we press ‘send’ we must always ask: who’s this for? Is it useful? Do I trust its source?

“Every two days we create as much information as we did from the dawn of civilization up until 2003”, Eric Schmidt, Executive Chairman of Alphabet, Inc – Google’s parent company told Techonomy delegates back in 2010.

Much of this information is content created by you and me via blogs, Facebook posts, likes and shares, Tweets and retweets and LinkedIn comments.

4.3 BILLION Facebook messages are posted each day according to GWAVA the online messaging, security and archival company. 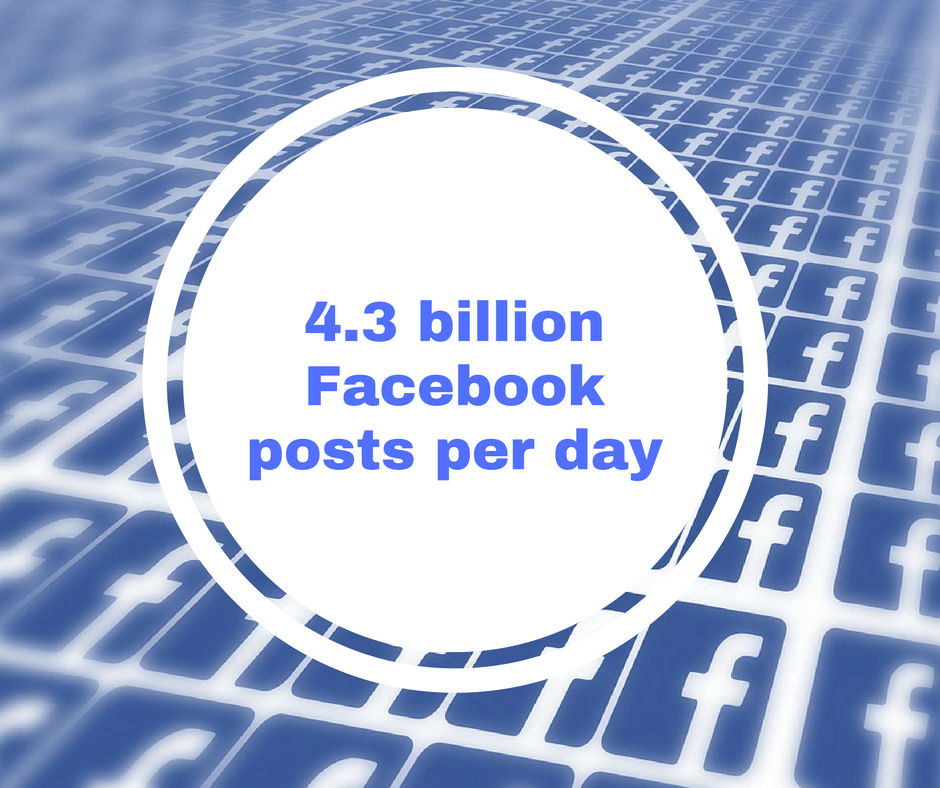 The social web has democratised communication. It allows brands to be able to speak directly with their customers or wider – with their publics.

It has allowed organisations to develop a human voice.

The social web has given a voice to everyone with an internet connection to have a voice.

As an antidote to interruption marketing we turn to content creation and content curation in our professional lives as content marketers, social media marketers, inbound marketers, social sellers or simply as denizens of the social age posting and sharing interesting things we think our extended online friends and family will enjoy.

Social media gives a voice to everyone and, in so doing, can disintermediate traditional news outlets. However, the idea of creating and/or sharing content is not without its risks as the recent US presidential election has shown. 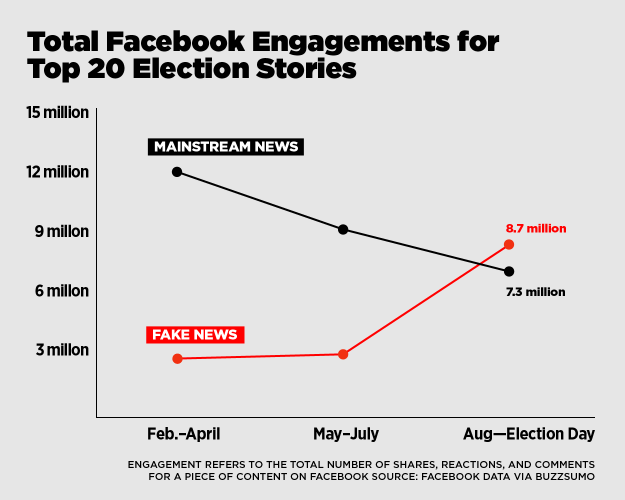 This chart from BuzzFeed’s Craig Silverman gives some idea of just how much influence bogus news stories had in the final months of the campaign:

Silverman used a tool called BuzzSumo to find the highest-performing legitimate news articles — stories from sites like the New York Times and the Huffington Post — and then compared them with high-performing stories that peddled false claims.

The engagement levels in the chart refer to the total number of shares, reactions, and comments for a piece of content on Facebook.

Facebook coughed a deaf’un about the quantity and clout of fake news on its social media platform until President Obama stepped in. Speaking at a conference in Germany the outgoing US President said we live in an age with “so much active misinformation” that is “packaged very well” and looks the same whether it’s on Facebook or on TV.

“If everything seems to be the same and no distinctions are made, then we won’t know what to protect. We won’t know what to fight for. And we can lose so much of what we’ve gained in terms of the kind of democratic freedoms and market-based economies and prosperity that we’ve come to take for granted.”

The Shovel, an Australian satirical website, ran a story: Mark Zuckerberg – Dead At 32 – Denies Facebook Has Problem With Fake News to highlight Facebook’s denial that the quantity of fake news on its social media platform had anything to do with shifting voters opinion in the US presidential election. 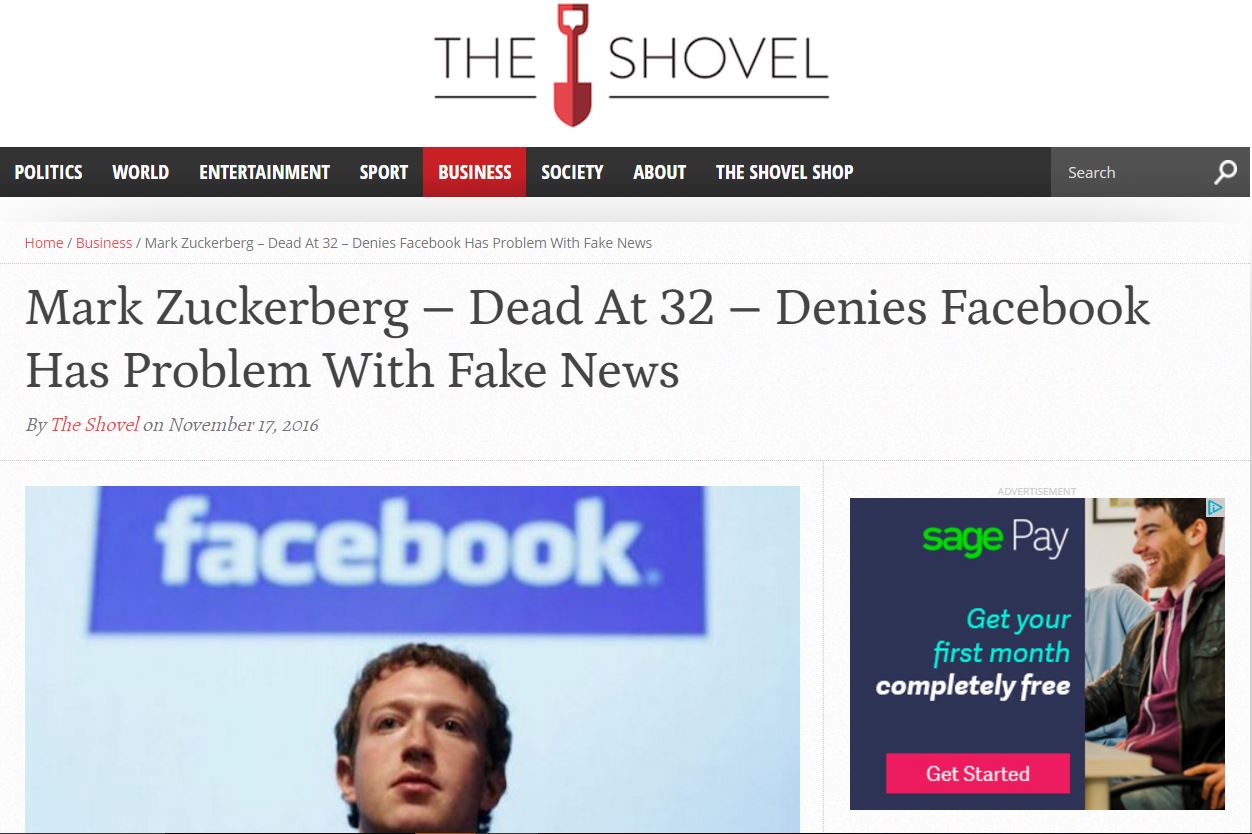 Publishing as privilege not right

We are all publishers now. We should consider publishing as a privilege not a right and before we press send, posting anything new to the social web, we should ask:

Journalists add colour, context and verification to news stories. They don’t always get it right – but stand to lose more than you or me if they get it wrong.

Speed of distribution is certainly vital – and becoming more so every day. But, speed can’t be the only yardstick. Content also has to be accurate and relevant.

“Accuracy and speed, but accuracy above speed.” is the guiding editorial principle of the AAP, Australia’s associated press news agency.

The American Press Institute offers valuable advice to all of us who post to the web. In their article: Journalism as a discipline of verification the API distills the bedrock of journalism into three concepts – transparency, humility, and originality. On transparency they say: 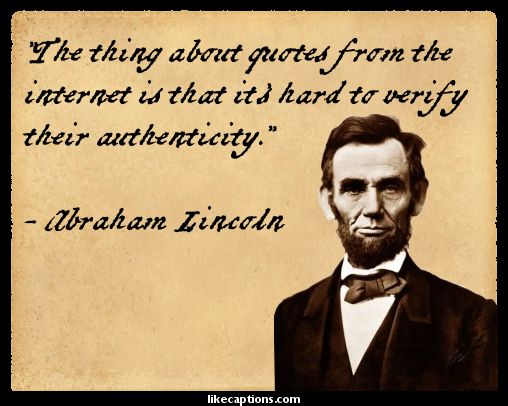 For the API humility means keeping an open mind. Recognise your fallibility and your subject matter knowledge limitations.

Be honest about what you know, versus what you assume you know, or think you know.

Keeping your audience firmly in mind whenever you publish is just another form of enlightened self interest. If you can’t be trusted with your audience to be transparent, honest and to have done some digital due diligence on the source of information ahead of publishing your audience will quickly switch to someone who will.