Lil Miquela is a young Instagram Influencer. She models, has released a top 10 Spotify single and produced her own clothing range. She's also computer generated. What are the implications of avatars in influencer marketing?

Online there’s a tendency to only show the positive, successful side of your life. Instagram is the platform of choice for this form of self promotion. All the images posted to the photo-sharing platform could carry the Berocca tagline: “You but on a really good day.”

But, instead of offering you a heightened sense of reality. What if you could portray a hyper sense of an alternative reality? Not you on a good day, but you on the day you wish you were enjoying rather than taking the Tube to an open-plan office within a nondescript block. 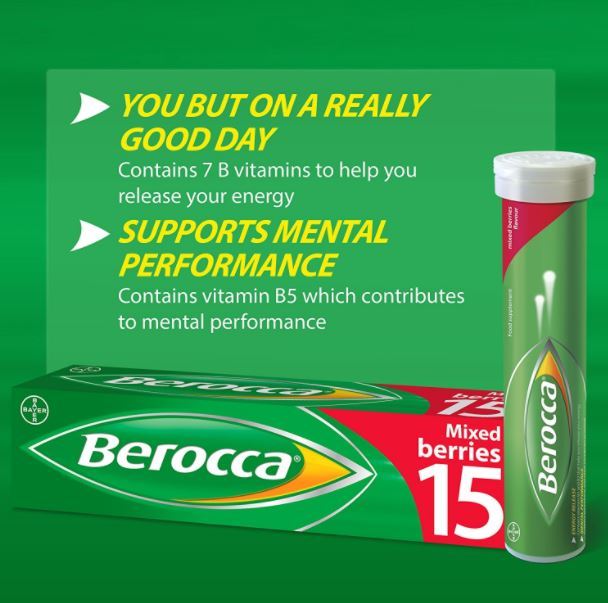 Instagram is the effervescent Berocca tablet of social media showing followers: “You but on a really good day".

Miquela Sousa, might be the answer. Better known as Lil Miquela she is a Brazilian American computer-generated Instagram model and music artist from Downey, California.

Lil Miquela has been active on Instagram as lilmiquela since mid 2016. Over the last year-and-a-half she’s acquired 547,973 followers organically. Her audience swells by around a thousand people a day.

In that time she’s modelled clothes, released a heavily auto-tuned song called Not Mine which became a Spotify top 10 track and launched her own clothing range.

Lil Miquela shares pictures of herself attending events with fellow influencers and celebrity friends, along with memes and inspirational quotes.

For this computer-generated Instagram influencer the “is she real? Isn’t she real?” question has raged since her first she published to Instagram. Each post elicits thousands of comments many addressing this question.

But asking whether or not Lil Miquela is “a real girl” is to miss the point.

"I keep getting asked if I'm real or fake. But, I'm really here, I'm really talking to you. I'm really DMing people. I'm just trying to make some great art and make the world hurt less … . Can you name one person on Instagram who doesn't edit their photos?” Lil Miquela asked Shane Dawson in a rare 2017 telephone interview posted to his YouTube channel.

Lil Miquela saw a step change in follower numbers as she released her first music single on Spotify.

What questions does this raise about what it means to be Instafamous? Christopher Morency in a recent Business of Fashion article poses the question: “Should it matter to brands and publications if an influencer is computer-generated, if the avatar has the same influence on its following than that of a "real" influencer?”

If Nirvana for the Instafamous is to become a clone-like version of Kylie Jenner replete with her 100m + followers, ever changing hair colour, skin tone and pneumatic lips then isn't the creation of a computer-generated self to help attain such near physical impossibility on a daily basis the next logical step? 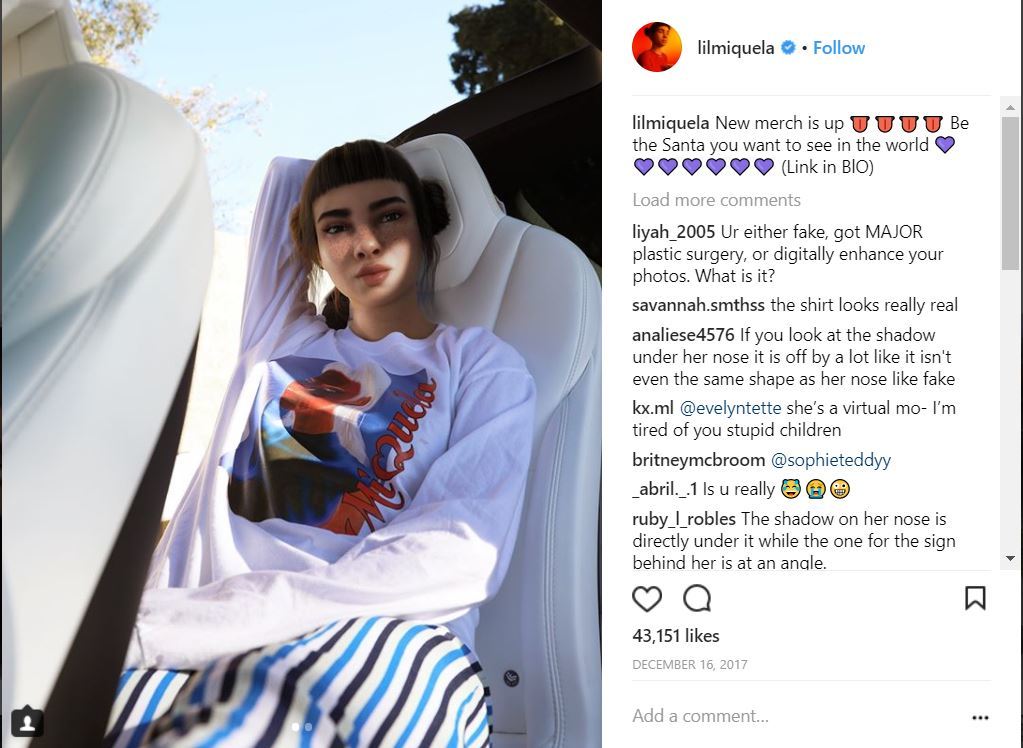 Lil Miquela has launched her own line of clothing but says she gives all profit to charity.

Isn’t the creation of Lil Miquela merely a natural extension of a certain corner of Instagram influencer to follow and engage with an avatar rather than real person?

Loni Edwards proved we’re happy following animals rather than just fellow humans on social media when she set up The Dog Agency, an agency for pet influencers.

Lena Katz proved the absurdity of certain social media accounts when she published a photo of a potato and populated the profile with 10,000 followers.

Everyday we ask Siri and Alexa how to find, remember and answer things. Why not take fashion advice from Lil Miquela the computer-generated fashion model?

18 years ago I worked at a Press Association company during the time the PA sold its web-oriented news service to Orange mobile for £95m.

We didn’t baulk at the credibility of listening to this avatar relaying the day’s news. We thought it was the future of news distribution. It wasn't. But at least for the UK's national news agency and for the acquiring French mobile phone network Ananova represented an authentic, trustworthy voice.  Is the concept of a computer-generated influencer any different to this? 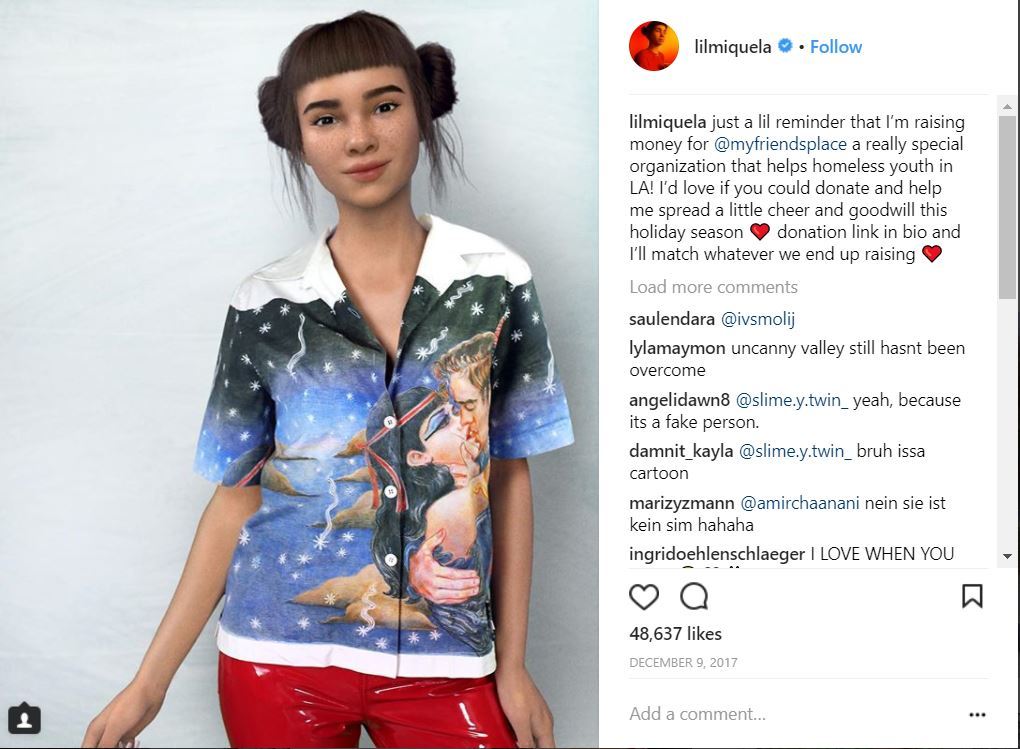 Lil Miquela supports charities and helps raise money for them.

Lil Miquela says she has made money from her music, but has “never been paid to wear pieces" however she's "starting to get sent free stuff from brands.” She says she’s passed on profit from her merchandising sales to charity.

Will the pendulum swing against Lil Miquela if she decides to post sponsored content of fashion wear and accessories? If influencers are supposed to earn trust and embody authenticity how will this sit with us? Where are disclosure and compliance laws within this brave new world?

Perhaps the first question to answer for her half-million, engaged followers is the most basic: whether she’s computer-generated or a human and why this matters in the world of the Instafamous at all? But then, providing a concrete answer to this would surely cut down on many of the thousands of comments each Instagram post produces. And, as all influencers know, this game's about the engagement rates.