New teaching resource aims to help children understand the commercial link between social influencers and the brands they may be promoting.

Media Smart, a not-for-profit organisation funded by the advertising industry, has published free educational materials covering influencer marketing. The video and slide decks have been developed for schools and youth organisations as well for teachers, parents and carers.

Children in the UK are more likely to watch content on YouTube and social media than they are to watch television, according to Ofcom. When asked if they could pick only one platform to watch, 45% of 5-15 year-olds chose YouTube over Netflix or free-to-air television stations including BBC and ITV.

Children turn to platforms including YouTube and Instagram because they offer both control and choice over what they can watch. Importantly children feel these platforms give them access to content unavailable on terrestrial TV channels. Influencer-generated content feels more relatable and authentic than the more polished content on TV and video-on-demand offerings according to Ofcom’s Children and parents: Media use and attitudes report.

This rising number of social influencers in young people’s lives prompted Media Smart to create a film-based teaching resource for 11-14-year-olds. It is believed to be the first of its kind to tackle this area of marketing.

The influencer collateral features popular youth influencers like Nayna Florence and Hannah Witton. Both feature in short films talking about what influencer marketing is, why brands use it and how it is regulated.

Other topics of the short films, where influencers talk directly to young people, include: 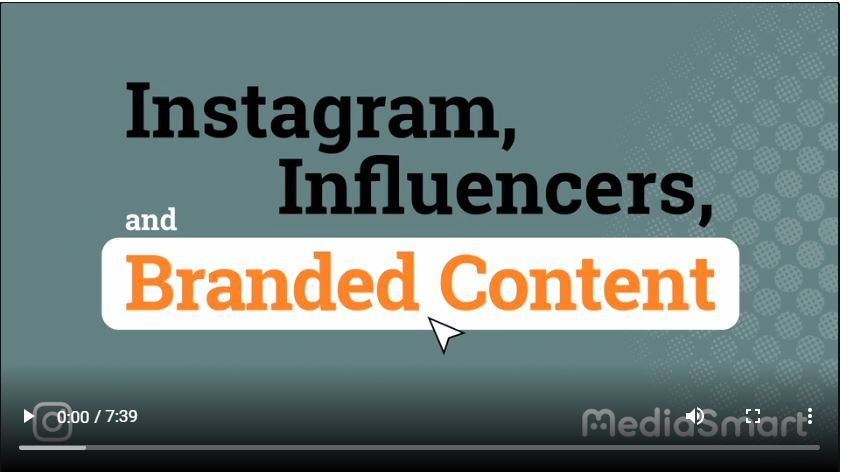 The films are supported by teacher guidance and a presentation for use in assemblies or the classroom. Students get to explore and evaluate the purpose and techniques of influencer marketing, with the aim of building digital and media literacy and emotional resilience.

“We know young people have some understanding of the commercial relationship between brands and influencers, but we also know there are significant gaps in their knowledge” Rachel Barber-Mack, Director of Media Smart UK, told me.

The new influencer collateral is designed to fill in these knowledge gaps. “to ensure children build their digital and media literacy and ultimately their emotional resilience.”

Half of ten-year-olds living in the UK now own their own smartphone. They tend to watch content alone in their bedrooms rather than watching with families. With this in mind, I asked Rachel if Media Smart had plans to roll out similar advice for younger children. “We would love to, but we would need to approach this in such a way that it doesn’t encourage them to use social media platforms that they are not legally allowed to use and where the content might not be suitable for them.  So, it would have to be approached in the right way.

"With all our digital resources for under-13s, we are very clear that if they don’t tell the truth about their age when signing up for apps, they might see things that aren’t appropriate for them”.

The importance of the ad industry in taking responsibility for explaining the links between influencers and brands was highlighted by advertising’s think tank Credos research which showed 74% of parents think the industry has a role to play in educating young people about this form of marketing.

Media Smart is a not-for-profit organisation, funded by the advertising industry. It creates free educational materials for schools and youth organisations as well as teachers, parents and carers. Its mission is to ensure that every child in the UK, aged 7 – 16, can confidently navigate the media they consume including being able to identify, interpret and critically evaluate all forms of advertising.