Influencers underpaid: The average cost per influencer sponsored post has soared but don't confuse the average with the median

The average cost for a sponsored Instagram photo has risen 44% from 2018 to 2019 alone according to a new report.

IZEA Worldwide, an influencer marketing market place, has tracked the rising creator costs over the past five years. According to their data, an Instagram photo has risen 12.3 times from $134 to $1,643 on average. 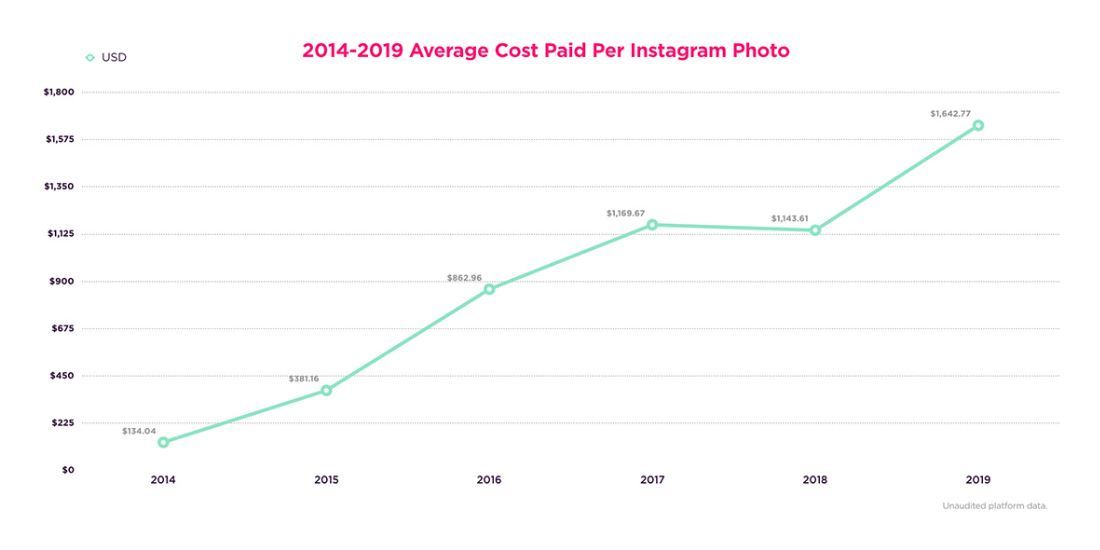 Influencer marketing remains great value - especially when compared with the alternative. Influencers are content creators with the added benefit of combining content with distribution. They are creative directors, photographers, editors, producers, promoters, and community managers. Combining the hourly rate to hire someone to form the inspiration for a shoot, to hire a model, to hire a photographer, to identify a location for the shoot, to edit the images and then to distribute the branded content to a pre-screened audience. That has to be good value to opt for the influencer. Not least because, as consumers, we tune out traditional forms of advertising.

The average is not the median

I have not interrogated the IZEA data or the geographic locations from which it is derived. There is, however, a world of difference between the average and the median with any price.

At one end of the spectrum, Kylie Jenner is reportedly paid around $1.2 million for a single post on Instagram. Whereas 84% of micro-influencers charge less than $250 per sponsored post.

The average cost of a sponsored blog post has risen from $7.39 in 2006 to $1,442.27 in 2019, an increase of 195x claims IZEA. This figure is in stark contrast to the findings of this year’s UK Blogger Survey undertaken by PR and comms software company, Vuelio. 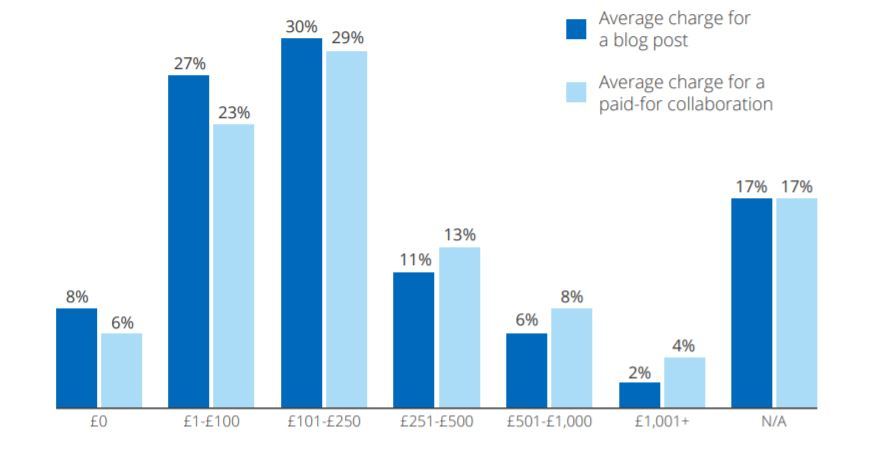 Over a quarter of all content published on a blog is compensated for in some way according to Vuelio. The number of full-time bloggers – for whom blogging is their main source of income – has increased by 50% year-on-year, too. While the vast majority of bloggers charge under £250 per post, one-in-five (19%) command fees above this reflecting a broader professionalisation of the industry, which is fast becoming a recognised career choice.

In 2019 YouTube videos command a premium of 4x more than that of the next highest-priced form of sponsored content says the IZEA report.

Generating one million views a month, as a creator, puts you in the top 3.5% of YouTube’s most-viewed channels. This is according to research by professor Mathias Bartl of Applied Sciences at Offenburg University in Germany.

Writing in “Convergence: The International Journal of Research into New Media Technologies”, Professor Bartl’s study is one of the first to examine YouTube data for clues about how it works for Creators.

Yet, as a rule of thumb a million video views a month will earn an influencer around $1,000 a month in advertising revenue. Maybe $16,000 a year, if you are lucky.

The influencers who can command higher prices for their work artfully combine creativity with community. They are subject matter experts. They have spent years refining their work, nurturing their audience. They know what their followers like, and what they don't care for. For many influencers their 'overnight stardom' has been achieved over many years and countless posts.