We all know (or at least we should all know) that if an influencer is producing sponsored content on behalf of a brand they have to declare that commercial relationship. The most recognised way in the UK is to append the content with #AD marked clearly and upfront.

But what happens when an influencer invests in a company and then posts about that company? What if that influencer isn’t technically being paid for the post - but will benefit from the long-term success of the company via their investment?

Model-turned-influencer-turned-investor, Emma Louise Connolly, found out the hard way when she took to Instagram promoting Bol.

In the image Ms Connolly is eating spaghetti with a caption reading: “sippin [(sic)] on some @bolfoods posh noods swipe for our full new #powerFULL range of plant based goodness that all taste SO good”.

No doubt the taste turned sour when a complaint against Connolly’s Instagram post was upheld by the Advertising Standards Authority (ASA).

The ASA said Ms Connolly’s post fell within the remit of the CAP Code.

Ms Connolly’s agent said whoaahh there. Hold yer horses. Yes, Ms Connolly is an investor in BOL Foods but she wasn’t required to post about the brand under any agreement with them.

The ASA said: yeah, but, the post is an ad because it “included an exhortation to consumers to purchase from two national supermarkets that were tagged in the post caption”.

The advertising watchdog went on to say “it wasn't immediately clear to all followers that she had a commercial interest in Powder Bowl Trading Ltd from the post itself”. They noted that the post did not feature a label such as “#AD” identifying it to consumers as a marketing communication. 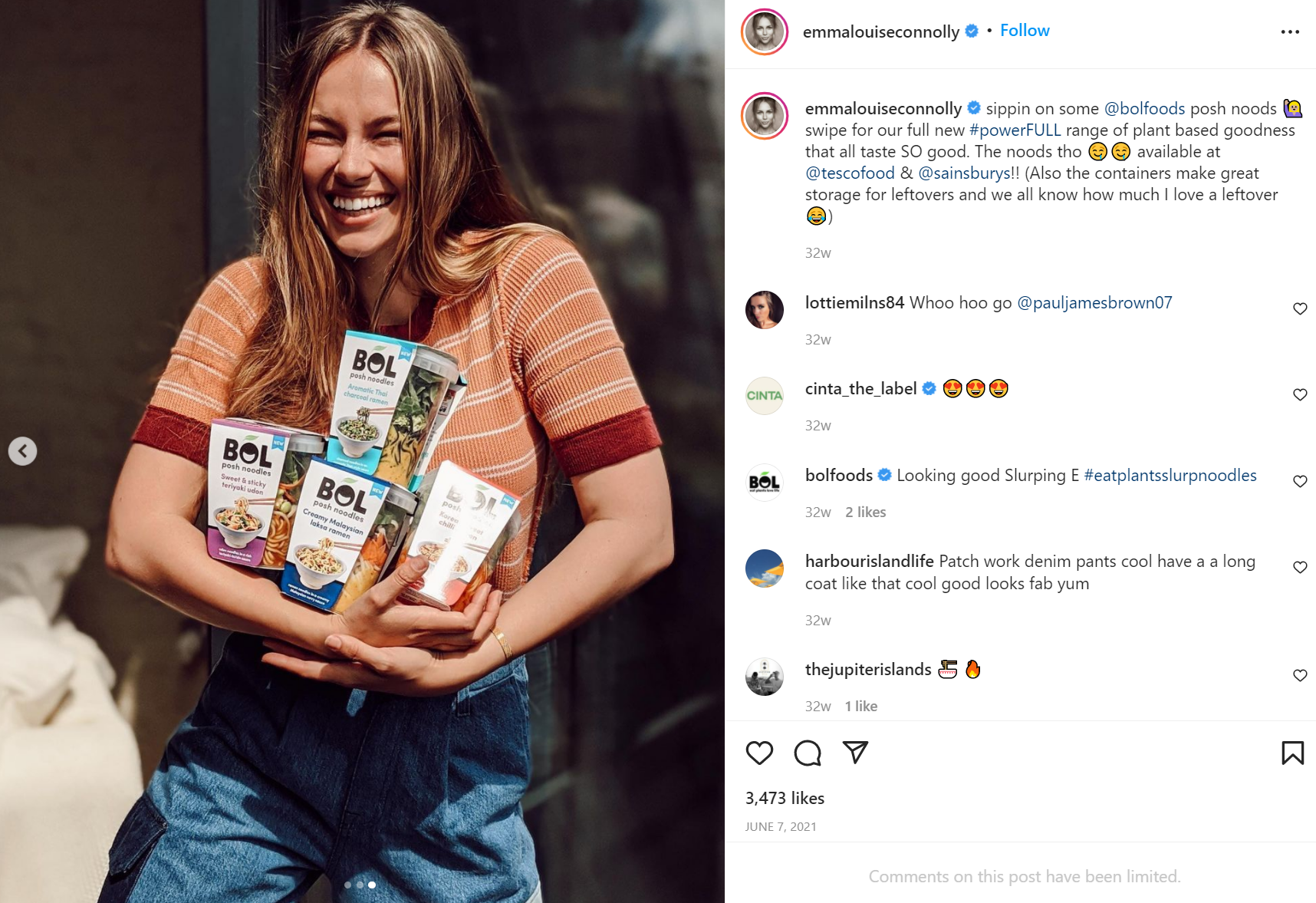 Ms Connolly’s agent said, but wait a minute - BOL Foods constructed a label for Ms Connolly to use on posts about their brand: “#team BOL”.

The ASA said: Nice. But … “that label and explanatory video would still not make clear the commercial intent behind Ms Connolly’s posts, and would not make them obviously identifiable as marketing communications”.