Why CEO activism is new badge for communicating with conscience

At no other time in history have business leaders been held so accountable. Under this scrutiny, business is forced to double down on what is important to it and to all of its stakeholders. The latest term for this is CEO activism - communicating with conscience under a new name.

In a recent Financial Times article titled ‘Delta, Qantas and the rise of CEO activism’ Professor Aaron Chatterji of Duke University’s Fuqua School of Business gave his views on the rise of CEO activism. The professor was speaking in relation to Delta Air Lines’ cancellation of its discounts to members of the National Rifle Association in February after a shooting in a Florida school.

The shooting and Delta’s core business are unrelated. But, said professor Chatterji the airline’s CEO, Edward Bastian, was acting on a sense of moral conviction.

Nearly two-thirds of respondents of this year’s Edelman Trust Barometer survey say they want CEOs to take the lead on policy change instead of waiting for government.

This show of faith comes with new expectations; building trust (69%) is now the No. 1 job for CEOs, surpassing producing high-quality products and services (68%).

“Silence is a tax on the truth,” said Richard Edelman at the barometer’s 2018 launch. This sentiment was picked by Professor Chatterji in the FT article: “Being in the neutral middle, where most companies used to be a generation ago, is no longer tenable,” he says. “It is seen as lacking authenticity.”

Communicating with conscience: Domino’s Pizzas is helping fix broken roads through a partnered with local administrations in Bartonville, Texas.

In no other time in history have business leaders been held accountable to such a degree. The social web has given all stakeholders an amplified voice to call out firms who fail to live their values.

Under this scrutiny, business is forced to double down on what is important to it and to all of its stakeholders - not solely shareholders but the society in which the business operates.

CEO activism is a new badge for communicating with conscience

From the WPR forum the following key communicating with conscience universal principles were identified:

Here are four key learnings that business can take away when considering tackling society's big issues.

Be consistent. Firms can no longer spout platitudes about corporate “values”.

Whereas a mission statement is a written statement, a sense of mission is an emotional commitment made towards the firm’s mission. The sense of mission only happens when there’s a match between the values of the firm and those of each person working there.

We sense organisational values by the way companies act and tolerate the behaviour of others. If companies say they care about co-operative working, for example, we can put that to the test in the way they act.

Any discrepancy between what a company does and what a company says it does will be picked up and exploded by others via social media. The distance between the two forms a legitimacy gap. A gap turned to a chasm by customers on Facebook and Twitter and by employees on Glassdoor.

SEE ALSO: Why confusing the mission statement with a sense of mission is bad for business

The Body Shop is well-known for its campaigning against animal cruelty.

Its Against Animal Testing campaign led to a UK-wide ban on animal testing of cosmetic products and ingredients in November 1998, and the largest ever petition (four million signatures) being delivered to the European Commission in 1996.

There is a clear line from their campaigning right the way through to its WHY; the cosmetic company's purpose beyond profit. 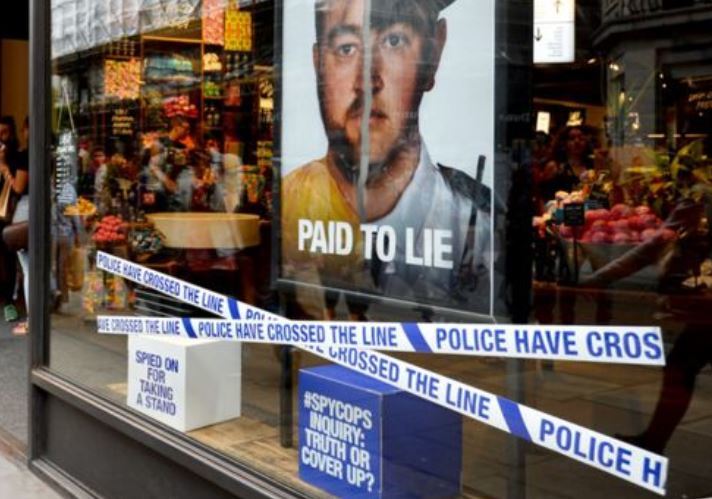 CEO activism: Cosmetic-brand Lush was criticised for running an anti-police campaign instead of its intent to focus on the Undercover Policing Inquiry.

Lush stocked postcards addressed to Home Secretary Sajid Javid, which could be signed and posted to his office asking him to make changes to the inquiry by releasing names of the officers and to extend the inquiry to Scotland, for example.

Yes Lush is well known for promoting its ethical credentials. There didn’t appear to be a clear line to its own purpose though with the campaign. Undercover policemen are not the essence of its company.

#4 Get the execution right

The Body Shop agonises over which influencer to work with on its campaigns. Charlotte Amouy Adjchavanich, the Integrated International Brand Communications Director for The Body Shop told me recently in an interview in partnership with Traackr that the company has very strict criteria when it comes to working with influencers to promote [its] brands or social causes. [It] always say it’s not just about another pretty face it’s about finding someone who stands for something.

[It] undertakes a lot of due diligence on potential influencers checking they haven’t worn fur in the past, for example, or whether they’re vegetarian or vegan.

The Lush campaign suffered from its creative execution. Some accused it of running an anti-police campaign, while others claimed it was unfairly targeting the vast majority of hard-working officers.

On social media, a #FlushLush hashtag became popular, in an attempt to convince users to boycott the store.

It also came under fire for allegedly deleting reviews on Facebook that were critical of the #SpyCops drive. One user said he was locked out of his Facebook account after leaving a negative review.

Domino’s Pizzas is helping fix broken roads through a partnered with local administrations in Bartonville, Texas. According to a Guardian article the project, called Paving for Pizza, is the first time Domino’s has worked with local government to attempt an infrastructure project.

Domino’s claim they’re making the move because potholes and bumps in the road can cause “irreversible damage to your pizza”.

Whether more hype than help the fast-food chain is certainly bringing awareness to the condition of roads in the United States. 37% of America’s major roads are in poor or mediocre condition costing drivers $107bn a year in repairs.