Online mattress retailer, Casper lists influencers as a risk factor in its IPO. This disguises a murky past relationship, however.

When Kylie Jenner posted about her new Casper mattresses in March 2015 on Instagram tagging in the bed brand the Kardashian generated  870,000 likes and a deluge of traffic to the firm’s website.

Successful marketing campaigns have helped catapult the mattress manufacturer to a $1.1 billion valuation.

Revenues for the online retailer benefited hugely from inbound traffic courtesy of YouTube unboxing videos, and affiliate links through review sites. Casper was among the first mattress companies to offer affiliate commissions.

However, in its Initial Public Offering (IPO) filed on Friday Casper warns would-be investors of social media influencers as potential risks to their returns:

“Use of social media and influencers may materially and adversely affect our reputation,” the company wrote in its offering documents. “Influencers with whom we maintain relationships could also engage in behaviour or use their platforms to communicate directly with our customers in a manner that reflects poorly on our brand and may be attributed to us or otherwise adversely affect us.”

Biting the hand that fed them?

Why would Casper be biting the hand that fed them? It was Kylie Jenner and a host of influencer review sites which grew the company.

As ever the devil lies in the detail. The potential future risks may be a result of the way Casper has abused influencer relationships in the past, rather than practices of influencers themselves. 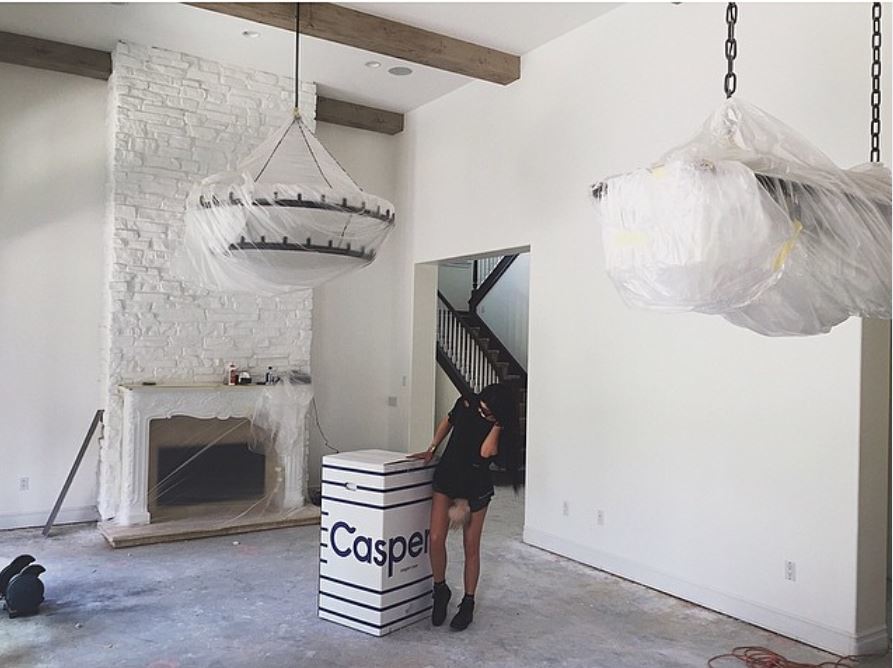 Casper influencer risk IPO: When Kylie Jenner posted an image of Casper mattress box the Instagram post generated over 800,000 likes and blew up the mattress-in-a-box website.

Ultimately all three review companies settled with Casper. Mattress Nerd and Sleep Sherpa settled immediately Sleepopolis settled after Derek Hales, the review site’s CEO, saw the costs of a protracted lawsuit could shutter his company. At the time Casper had just benefited from a $55m investment round. But here’s the kicker. Shortly afterwards Casper went on to bankroll the acquisition of Sleepopolis through another media company.

Sleepopolis is now owned by a company called JAKK Media that specializes in search engine optimization and operates other reviews sites like MattressClarity.com and SlumberSage.com.

The issue Casper had with each of the review sites was that they didn’t always prefer its mattresses over its rivals. This is the benefit of authentic influencer marketing. The reviews for Casper weren’t negative. It was just that other mattress companies started to receive glowing digital column inches by comparison.

This story about Casper listing influencers as potential risks in its IPO documentation has gained the attention of many mainstream media outlets. The bigger points to be made are three-fold:

The Casper influencer risk story becomes a positive influencer marketing story when gazed at through this end of the telescope. It is a real reminder that our discipline can no longer be ignored by the C-suite.

Secondly, there is a Holy trinity within influencer marketing between the brand, the audience and the influencer. Ultimately, however, the audience is in charge of the relationship. The social web has put the customer, not the company, into the driving seat. "A brand is no longer what we tell the consumer it is. It is what consumers tell each other it is,” as US business man, Scott Cook once explained.

If an influencer undertakes a brand collaboration which doesn’t feel natural to the influencer’s values, beliefs or world-view his audience will call bullshit and take him to task. It is the influencer's community which holds the influencer to account. That keeps him honest.

The terms brand advocate and influencer are often conflated. It is unwise to use the words interchangeably. Influence is neutral. Influencers are change agents who may hurt just as much as they may help a brand's cause. Advocates are supporters, people - often customers - who talk favourably about a brand or product.

A one-time brand advocate may not always laud a product. Whilst their status as advocate might be removed their influence may still hold strong. This appears to have happened with some of the reviewers on the mattress review sites.

Casper might say the less-than-glowing reviews started appearing shortly after the mattress company ended its affiliate marketing programme with them. The reviewers might argue that the market was opening quickly to competitors offering comparable and sometimes superior quality products.

I would think more pressing risks for Casper are the mushrooming of copy-cat online mattress sellers. And the amount of debt it is racking up.

Since the US first-of-a-kind mattress-in-a-box company launched in 2014 competitors such as Saatva, Leesa, Simba, Tuft and Needle and Emma have all emerged to take a piece of $432 billion global market.