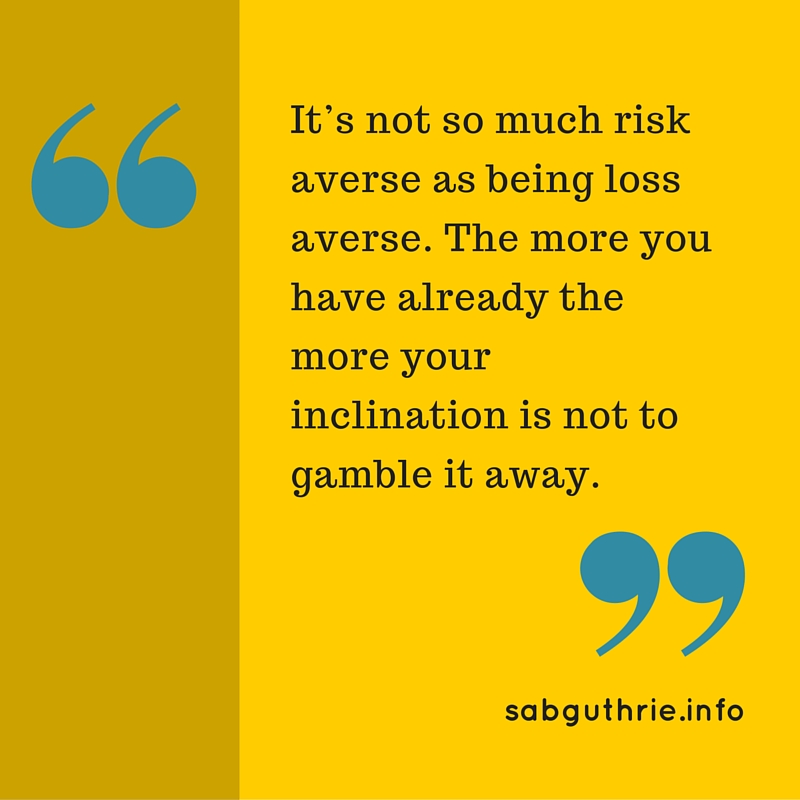 This is not a political blog. I am not an overt Zoon politikon but the words of the new Australian prime minister-elect chimed with me.

“This will be a thoroughly liberal government committed to freedom, the individual and the market. It will be focussed on ensuring that in the years ahead as the world becomes more and more competitive and greater opportunities arise we are able to take advantage of that.

“The Australia of the future has to become a nation that is agile, that is innovative that is creative. We cannot be defensive, we cannot future proof ourselves, we have to recognise that the disruption that we see driven by technology, the volatility and change, is our friend if we are agile and smart enough to take advantage of it.

I love Australia. I am privileged to hold both Australian and British nationality. I have recently returned from two years living in Sydney.

There still remains an other-worldness, a sense of being set apart from the rest of the world for many Sydneysiders, though.

Sure, they know the rest of the world exists. Every second year they’ll take their family on a three-week tour around Europe, or Asia or North America. Facebook timelines will be awash with pictures of strange sights and experiences.

But then as their home-bound Qantas flight touches down at Sydney’s Kingsford Smith airport those experiences become tidied up. Boxed away as Sydneysiders return to the ‘real world’ of life and work in Australia’s largest city.

I’ve often heard newcomers to Sydney label Sydneysiders as being risk averse. I don’t think this is quite true. It’s not so much risk averse as being loss averse. The more you have already the more your inclination is not to gamble it away.

By world standards Australians do pretty well. It’s instinctive to want to protect that. To be defensive. To stop the boats. To stick out your elbows and prevent newcomers from taking your job. To stay at a firm for a decade and claim long service.

The paradox is that doing nothing in a bid to protect today is the surest way of losing what you’ve got tomorrow.

Australia is poor at converting innovation into commercial success. Australia ranks number 17 in the Global Innovation Index – up two places on the last survey.

But looking at the 81 variables used to create the Innovation Index shows Australia is struggling to convert innovation inputs into outputs ranking 81 globally in its innovation efficiency ratio. 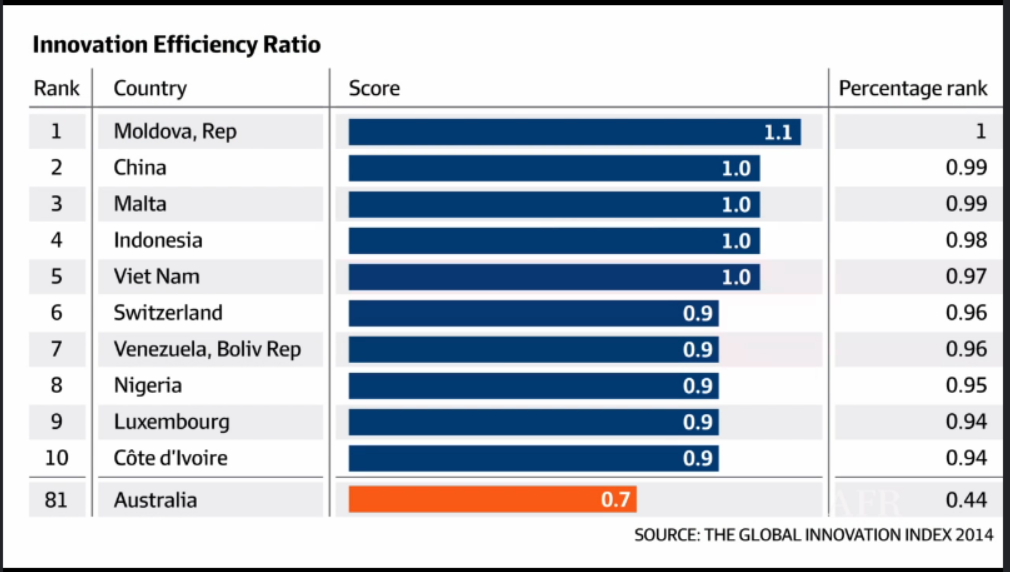 Is this a blip? What does the future hold? Australia ranks 73 in terms of producing university graduates with science or engineering backgrounds.

The sun-kissed nation has no systemic approach which co-ordinates the activities of universities, researchers, and industry. 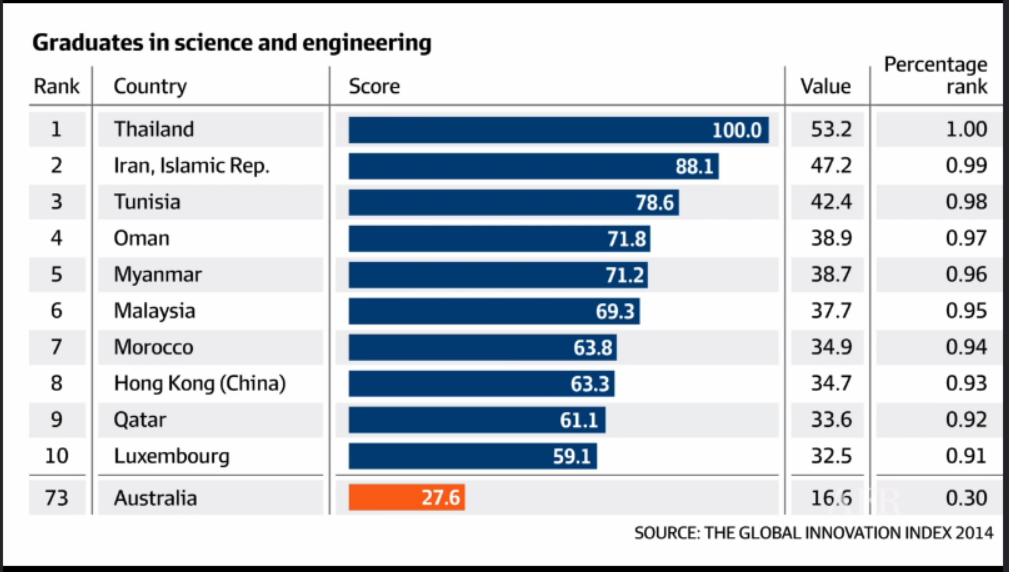 WHY SHOULD AUSTRALIA CARE?

Why should Australians care about a focus on innovation? After all they’re currently enjoying their 24th year of uninterrupted economic growth.

John Naisbitt answers this question in his international bestseller, Megatrends:

“The two most important things to remember about world economics are that yesterday is over and that we must now adjust to living in a world of interdependent communities.”

We are all part of a hyperconnected, hyperlocal global economy. “No longer do we have the luxury of operating within an isolated, self-sufficient national economic system; we now must acknowledge that we are part of a global economy.” writes Naisbitt. Trouble is Naisbitt published these words over thirty years ago and now sounds Cassandra like.

So, whilst Australia has enjoyed a long run exporting its mineral wealth, riding the wave of a mining boom, to resource-hungry nations like China, in other sectors they’ve allowed themselves to take the foot off the accelerator. This is a prime setting for disruptors to step on their turf.

“Australian companies are in danger of being pushed aside by innovative competitors from at home and abroad unless they move more quickly to catch up with the digital revolution.” Australian chief executive of Boston Consulting Group, Andrew Clark told the Australian Financial Review.

There’s a new broom in Canberra. Perhaps Malcolm Turnbull has the skills to help fellow Australians build the desire to embrace the new as well as appreciating the old.