Glassdoor melds two of the biggest concerns for organisations: (1) how to best use their employees to achieve corporate objectives (2) how to earn a better reputation from the outside world. As such the site further blurs the roles of internal communicator and PR practitioner – writes Scott Guthrie.

Glassdoor is valued at close to $1 billion dollars thanks to a recent investment. This could serve as a defining moment for internal and external communicators.

Google Capital has joined existing investors in investing $70 million dollars into the company which is to jobs what TripAdvisor is to holidays. It is a reputational management system for employers and a go-to place for would-be employees undertaking their ‘digital due diligence’ before applying for jobs.

The job advertiser and review site melds two of the biggest concerns for organisations: (1) how to best use their employees to realise corporate objectives (2) how to earn a better reputation from the outside world. As such the site further blurs the roles of internal communicator and PR practitioner.

In the old, pre social, days, if you were fed up at work you might have a moan with a like-minded soul whilst making a cup of Nescafe in the office kitchenette. By the time you were back at your desk the gripe would be over. The paradox of social media is that it is at once ephemeral and eternal. Tweets show up fleetingly in a timeline whilst also being permanently archived.

Social media acts as amplifier. Glassdoor acts as dedicated amplifer to these current and ex employee reviews which become crowd-sourced collections of a company’s and its managers’ reputations. Social media spreads the good and bad throughout the social web. 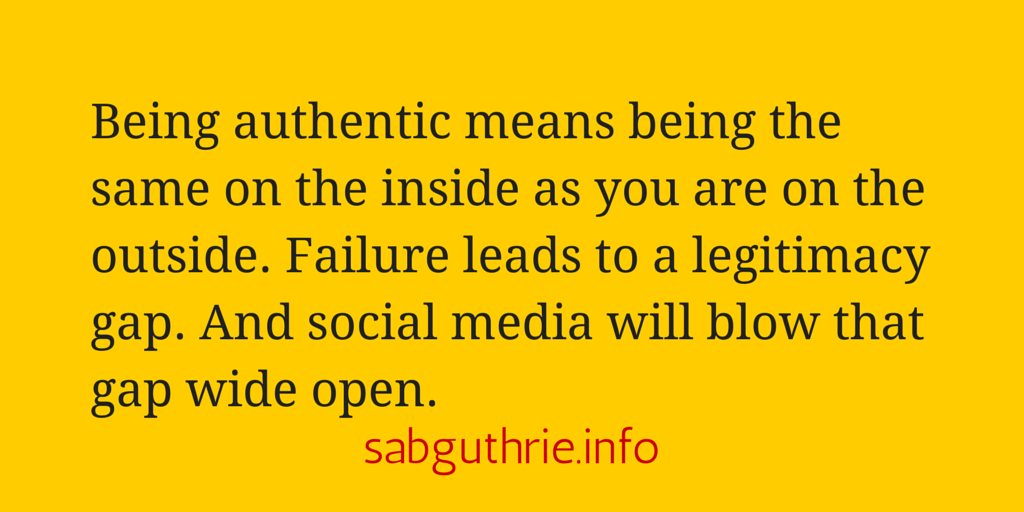 Glassdoor, and its competitors such as Vault, Monster Worldwide Inc, Indeed.com, and CareerBliss, represent a new set of needs for the internal communicator and PR practitioner to consider in their employee relations and reputation management progammes. Employers can’t afford to bury their heads in the sand and ignore such sites. To do so risks

In the social age if a company is good, its employees will say so. If the company isn’t good, employees will say that, too. Euan Semple tells a story about David Winer who commented on companies becoming vexed by poor online reviews. His retort was something like “if you don’t want shit reviews, don’t produce shit products.”

Employers can’t ‘control the message’. Organisations are now what people tell them they are not what they tell people they are. Potential employees now expect employers to engage with them through social media. They expect the two-way conversation to be spoken in a conversational tone; human-to-human, not via bland, corporate speak or hyperbolic spin.

Those looking after organisational reputation talk a lot about authenticity. Anne Gregory and Paul Willis remind us in their book Strategic Public Relations Leadership that being authentic means being the same on the inside as you are on the outside otherwise employees, customers, suppliers, society as a whole, will detect a legitimacy gap. And social media will blow that gap wide open.

Social: learning about each other before we meet

The authors of A World Gone Social: How Companies Must Adapt to Survive write:  “Social enables us to learn about each other, even before we meet” and ”to make sure there is a cultural and ethical fit … . Social allows employers to demonstrate (not just to  state) their culture, values and mission”.

This means an organisation has to live and breathe its corporate values and ethics as bundled into its culture. Internal and external communicators need to work together to help employees lift the mission statement off the page, off the intranet and off the ‘about us’ section of the internet and embed it as part of the organisation’s DNA.

Reputation as licence to operate

Bill Quirke, Internal Communications expert, writes in Making the Connections: “Organisations want to be the employers of choice, to tap into emotional commitment and discretionary effort by creating more engaged employees”. The experience of current and former employees should be the single most important thing to consider when choosing a company to work for.

Employees are an organisation’s most potent channel of communication with the outside world because they appear more authentic than the official mouthpieces of PR. As external communicators we should realise that good corporate reputation is no longer a ‘nice to have’. It is a licence to operate. As internal communicators we should be helping empower employees to become advocates. Today you can’t have one without the other. Harness the two and let social media spread the good word.

An earlier version of this post made reference to David Weinberger in the anecdote by Euan Semple. Euan has since contacted me to say it was a different David – David Winer – who made the comment, and that the remark was not in relation to a scathing product review. I am happy to make this amendment and apologise for the incorrect attribution.

Scott Guthrie is a professional advisor within the influencer marketing industry. He is an event speaker, university guest lecturer, media commentator on influencer marketing and active blogger. He works with brands, agencies and platforms to achieve meaningful results from influencer marketing. That tells you something about him but it's not giving you a lot of detail, is it? So, read more here.​