Instagram should listen to the data not to Kylie’s call for an end to tinkering with its algorithm. And why comparisons with her 2018 Tweet about Snap are over stated.

Several journalists weighed-in last night comparing Kylie’s actions with her 2018 Tweet slamming Snap. Bloomberg reporter Ashley Carman Tweeted: “If Kylie Jenner speaks it, your platform is in trouble. Never forget snap losing over $1 billion when she said she didn’t open Snapchat anymore (in 2018) bc of the redesign.”

Was Kylie Jenner's 88-character Tweet really responsible for sinking the Snap’s stock by 6.1%? 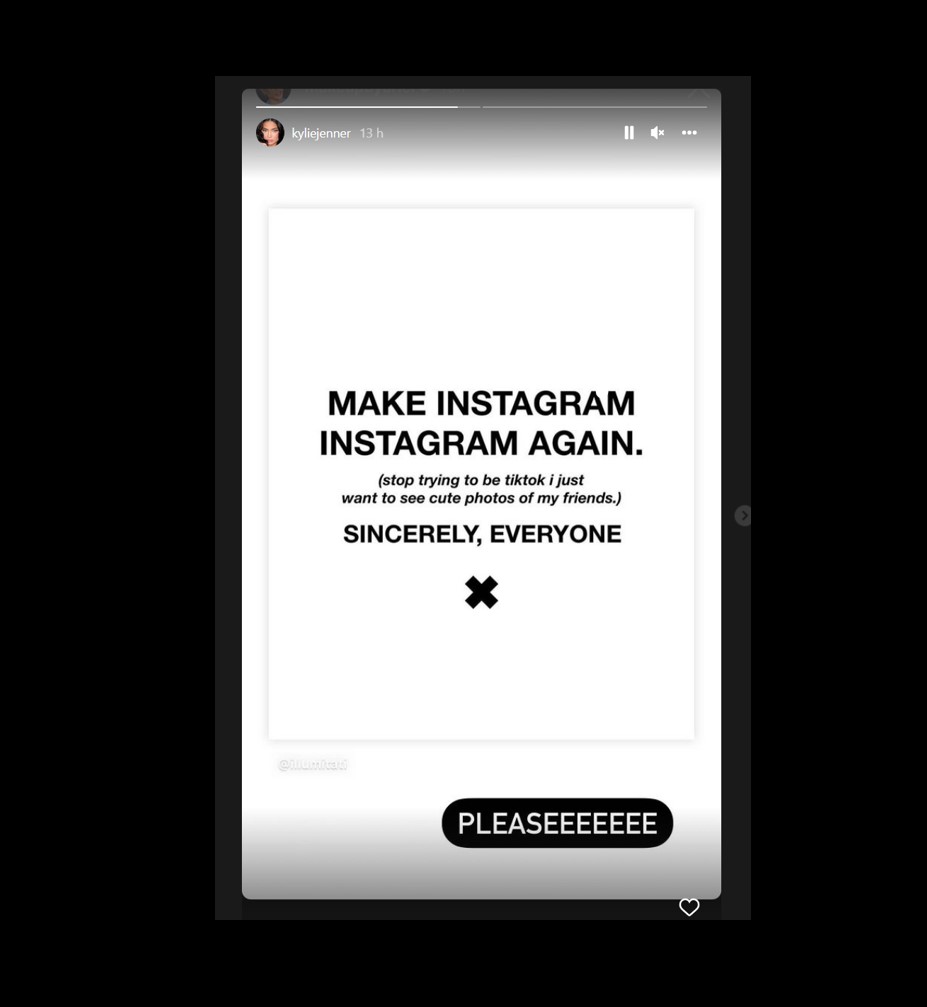 No. As I wrote at the time there were other factors at play within Snap and outside in its operating environment. Snap's share price was sliding well before Kylie Jenner's February 21st 2018 Tweet. Sure the share price fall gathered pace the day after the Tweet was posted. BUT this was also the day SNAP INC Filed its 10-K - its annual report required by the U.S. Securities and Exchange Commission (SEC), that gives a comprehensive summary of a company's financial performance. Importantly, it was also the day after business news title, Bloomberg and countless other breathless headlines piled in on the story.

Make no mistake Kylie and Kim aren’t on the Gram to see cute photos of their friends. The Jenner / Kardashians are on the platform to shift product. Of course they liked Instagram the way it was. The sisters take both the third and seventh spots for the most followed accounts on the app. Instagram for the sisters is distribution it’s not community. Whilst combined they boast 686 million Instagram followers, they only follow 276 other accounts in aggregate.

Meta makes decisions based on data. The Instagram and Facebook owner may not like the data it pulls from its systems. It might hate it when that data is leaked to media and politicians. But, it has access to data and is guided by it. Zuckerberg understands he is facing an existential crisis in his fight with TikTok. The Meta CEO mentioned the short-form video, Chinese-owned app an unprecedented five times in an earnings call earlier this year.