PR has a diversity and inclusion problem claims report

CIPR State of the Profession 2019 survey shows 1-in-4 UK PR practitioners were privately educated. These PR pros may know how Caesar conquered Gaul and how to thwack a cricket ball but do they demonstrate relevance in an industry which should reflect the society it seeks to engage?

There was a time when creativity was thought of as belonging to the gifted few. You either had it or you didn’t. You were creative or you weren’t. During those times creativity was associated with radically innovative ideas.

Today creativity has moved from being exclusive to become inclusive. Now, it’s assumed that everyone can be creative. Creativity has expanded its meaning to include small, incremental adaptions. Embracing an agile ideology.

So, today, rather than being creative or not being creative everyone sits somewhere along a line. Major innovators at one end; major adaptors at the other.

PR has a diversity and inclusion problem

What if our mindsets, and experiences are drawn from only a small non-representative pool? What if the ideas and creativity of one-in-four of those with an industry are taken from a place where nationally the figure should be one-in-twelve?

A new survey shows this is what is happening within public relations.

More than a quarter (28%) of the public relations workforce in the UK are privately educated – four times the national average (7%) – according to figures revealed in the CIPR 2019 State of the Profession survey.

The findings are compounded by diversity figures which reveal BAME representation is at a five-year low, with 92% of PR professionals describing themselves as white. Practitioners claim to believe PR is more effective when practiced by diverse teams, but the data raises serious questions over whether the industry is truly committed to addressing its diversity crisis.

Department for Education figures for England reveal ethnic minorities comprise 31% of the primary school population, yet only 8% of PR professionals are from BAME backgrounds. The decline of ethnic minorities in PR is at odds with UK population trends and poses a long-term threat to the relevance and staying-power of an industry which should reflect the society it seeks to engage.

Cass R. Sunstein picks at this thread of societal relevance. He describes in his book #Republic: Divided Democracy in the Age of Social Media a double trigger needed for a well-functioning system of free expression:

Sunstein writes: “First, people should be exposed to materials that they would not have chosen in advance. Unplanned, unanticipated encounters are central to democracy itself. Such encounters often involve topics and points of view that people have not sought out and perhaps find quite irritating— but that might nevertheless change their lives in fundamental ways. … Second, many or most citizens should have a wide range of common experiences. Without shared experiences, a heterogeneous society will have a much more difficult time addressing social problems.”

Sunstein’s words echo those of British philosopher John Stuart Mill who wrote in 1848: “it is hardly possible to overrate the value, in the present low state of human improvement, of placing human beings in contact with persons dissimilar to themselves, and with modes of thought and action unlike those with which they are familiar … . Such communication has always been, and is peculiarly in the present age, one of the primary sources of progress.”

The year of Mill’s writing should not be lost on us against today’s toxic BREXIT backdrop. 1848 has been called the year of revolutions and springtime of the peoples. Over 50 countries were affected. Some of the major contributing factors to disquiet and uprising were widespread dissatisfaction with political leadership, demands for more participation in government and democracy, the upsurge of nationalism, and the regrouping of established government forces. Perhaps these themes seem familiar in today’s BREXIT frenzy and farce? 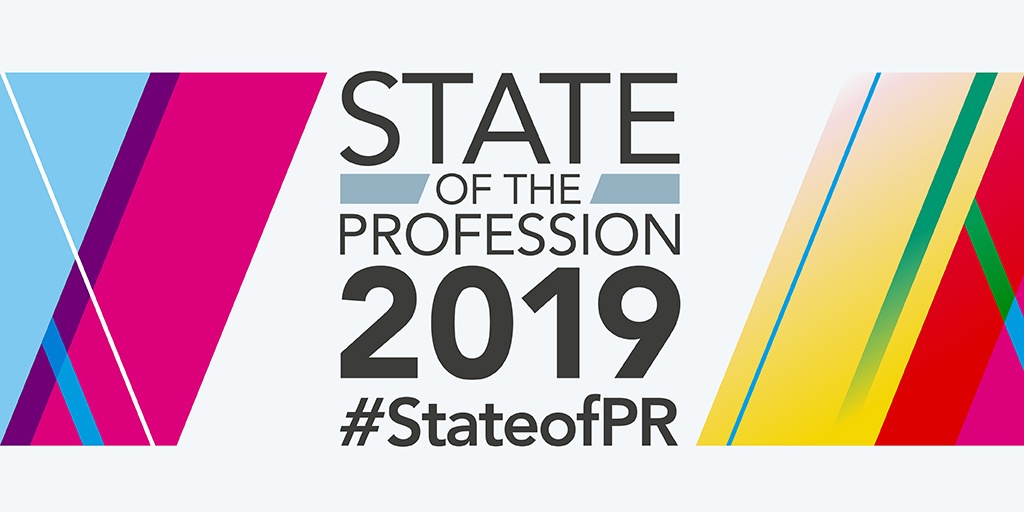 CIPR President Emma Leech Found.Chart.PR, FCIPR, spoke of the challenges this CIPR 2019 State of the Profession survey has thrown up: “This report identifies clear challenges and opportunities for the PR industry.

“Diversity is an issue we must tackle head on. Talent doesn’t have a postcode and it isn’t determined by skin colour. Our industry has to work harder to be inclusive.”

Avril Lee MCIPR, Chair of the CIPR Diversity and Inclusion Forum, echoed the sentiment adding: “The PR industry agrees that diversity is important for attracting the best talent to bring fresh thinking, creativity and insights into new audiences, but our actions speak louder than our words.  And our actions are building a profession of white, ex-public school professionals; we are less diverse than in previous years.”

Other key findings from the CIPR 2019 State of the Profession survey include:

About the Chartered Institute of Public Relations (CIPR)

Founded in 1948, the Chartered Institute of Public Relations (CIPR) is the Royal Chartered professional body for public relations practitioners in the UK and overseas. The CIPR advances professionalism in public relations by making its members accountable to their employers and the public through a code of conduct and searchable public register, setting standards through training, qualifications, awards and the production of best practice and skills guidance.