Influencer Marketing how to guides 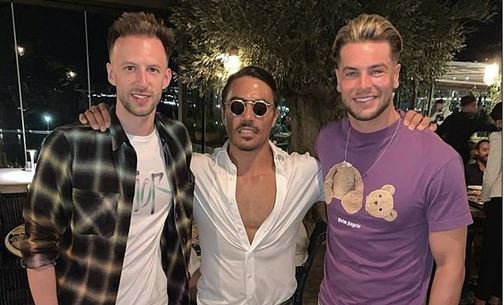 We now know the UK government spent £63,000 paying Love Island stars for their part in promoting the Test and Trace app. Was it money well spent?

The Mirror newspaper was the first to report back in August that Love Island stars Shaughna Phillips, Chris Hughes and Josh Denzel were among those paid by the UK government to tell their online followers testing for Covid-19 was “free, quick and vital to stop the spread”.

The rest of the mainstream media soon piled in. It's safe to say they were not enthusiastic about influencer marketing being included in the mix.

The government wouldn’t disclose at the time how much it paid the TV reality stars for promoting the Track and Trace app to their Instagram following. This didn’t stop headlines such as this from The Sun: ‘CASHING IN Love Island stars ‘paid up to £10,000’ to plug NHS track and trace coronavirus tests on Instagram.’ 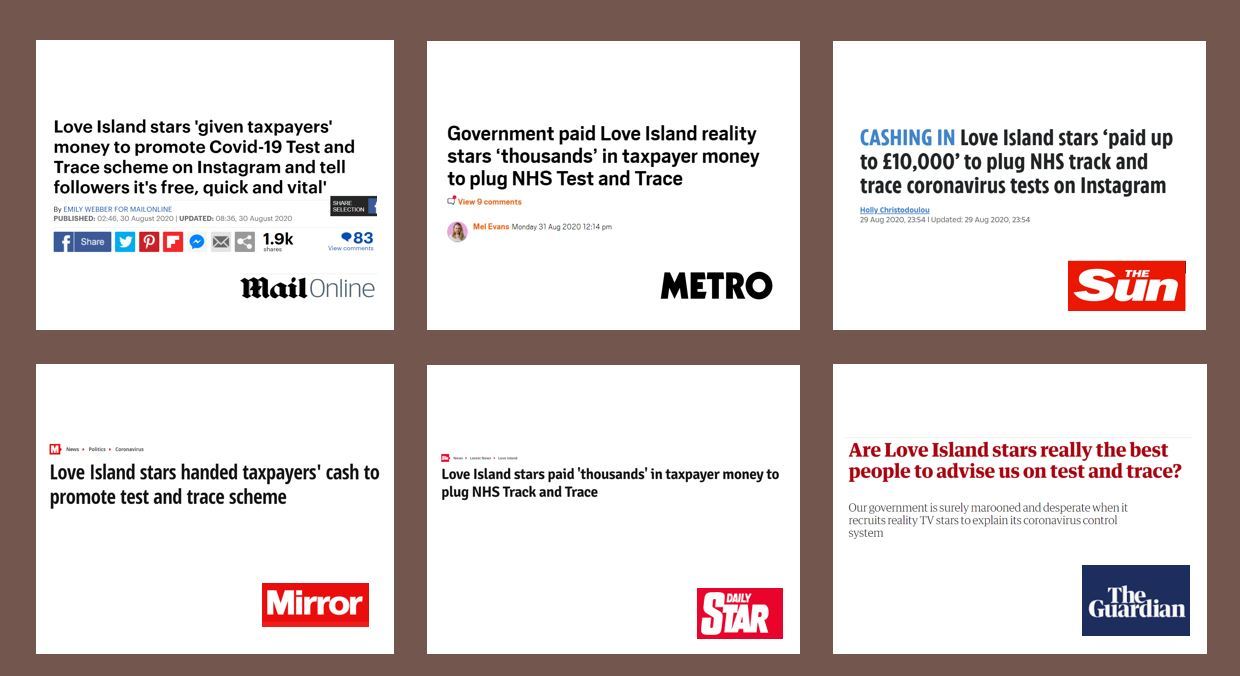 We now know that the government paid £63,000 to 42 social media influencers to post about Test and Trace. This is thanks to a Freedom of Information request submitted by Full Fact the independent fact-checkers and campaigners' organisation.

Does this represent good value for money?

£63,000 divided by 42 averages out at around £1,500 per person. However several influencers waived their fee whilst others accepted a reduced rate according to a person with direct knowledge of the campaign. A fact brushed over by mainstream media.

The Test and Trace marketing campaign was interdisciplinary. The integrated campaign included print, radio and TV advertising. Another fact scarcely mentioned by mainstream media even though they were financially benefitting from carrying those messages.

How does the £63,000 stack up against the total amount spend by Public Health England (PHE) on Covid comms?

A November 12 article in Campaign put the government spend at almost £100 million in 2020 on Covid-19-related messaging via its media buying agency, Manning Gottlieb OMD. 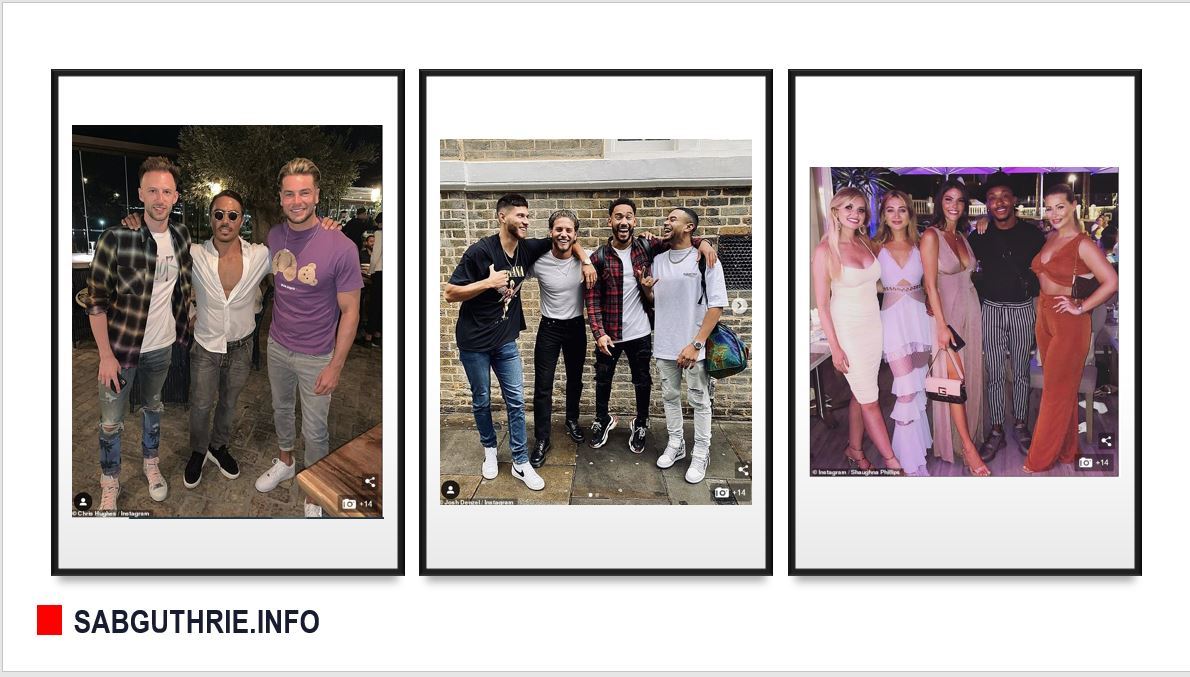 Should social media influencers have been included?

Should the government have included influencer marketing within its communication tactics to explain about the new app to the United Kingdom? Absolutely. There is a significant, and growing, section of society who no longer actively engages with traditional media. Millions of people who no longer read newspapers, listen to the radio or watch free-to-air linear television.

Social media influencers’ ability to tap into this populace is the reason the Finnish government changed the status of influencers reclassifying them as keyworkers in their country.

Were these the best influencers to work with?

Yes and no. Combined the Instagram audience of Shaughna Phillips, Chris Hughes and Josh Denzel is nudging 5 million people. The Love Island stars have the reach, the audience geo-location and age profile that the government is trying to connect with. However they aren’t’ natural ambassadors for the cause.

Not natural ambassadors for the cause?

Phillips and Hughes both posted images online in the month leading up to their Test and Trace collaboration which showed them failing to socially distance from others on Mediterranean islands.

Denzel’s Instagram feed within the month after the collaboration showed a picture of the star failing to practice social distancing.

From an influencer marketing management perspective these lapses show holes in the vetting process and the contracting phase.

A government spokesperson said in August that the “use of social media influencers has meant over 7 million people have been reached.” Theoretical reach is vanity metric. Better to look for intent metrics. Best to search out impact metrics.

Intent metrics might have included the number of times the app has been downloaded by the target audience. The ultimate impact metric would be how the curve of new Covid-19 cases was flattened within that segment.

The £63,000 payment to Love Island stars represents 0.063% of the £100 million spent up to the beginning of November 2020 on Covid-19-related messaging via its media buying agency, Manning Gottlieb OMD. Influencer marketing is an important channel for effecting change in a large and growing section of society. But influencer marketing is more sophisticated than simply paying a few 'stars' with large online audiences.

About the Author Scott Guthrie

Scott Guthrie is a professional advisor within the influencer marketing industry. He is an event speaker, university guest lecturer, media commentator on influencer marketing and active blogger. He works with brands, agencies and platforms to achieve meaningful results from influencer marketing. That tells you something about him but it's not giving you a lot of detail, is it? So, read more here.​

From YouTube Microcelebrity to Mainstream Star with Dr Kathryn Murphy

Influencer marketing and the law

How to identify influencers using the four S model

How to solve big problems asking one small question