A few influencers have been exploiting the coronavirus catastrophe for fame. How can they misjudge sentiment so much?

The Coronavirus death toll has topped Sars. 814 people have now died versus 774 who were lost to the 2003 Sars outbreak.

The World Health Organisation has called the epidemic a global health emergency. At the time of writing, there are 37,583 confirmed cases. 11 million people in the central Chinese city of Wuhan are in lockdown - prevented from leaving the Coronavirus epicentre.

Astonishingly a few bad actor influencers have newsjacked the global story for self gain.

During the week a Canadian rapper was forced to apologise after he caused a plane to turn around and fly back to Toronto. The reason? The 28-year-old had stood up mid flight and announced he might be infected with the coronavirus.

WestJet flight to Jamaica was turned around halfway there when a 29 year old man announced that he had the Corona Virus ... It appears to be a prank ...250 passengers were standed in Toronto as well as others in Montego Bay , Jamaica pic.twitter.com/obscZav4FJ

James Potok AKA Potok Philippe was on board the WestJet 2702 flight to Jamaica when police say he announced he had "been to China and has the Coronavirus". Apparently the whole thing was a prank for a music video that he hoped would help him go viral.

Potok has since uploaded a rambling five-minute piece-to-camera video apologising for the incident.

Whilst he has apologised and is now videoing himself helping Toronto’s homeless it’s worth mentioning that he continues to court notoriety. His Instagram bio still reads #virusboy and #WuhanClan. The urban dictionary defines WuhanClan as the "East Asian People in a group that you're worried about going near in case you catch Coronavirus." 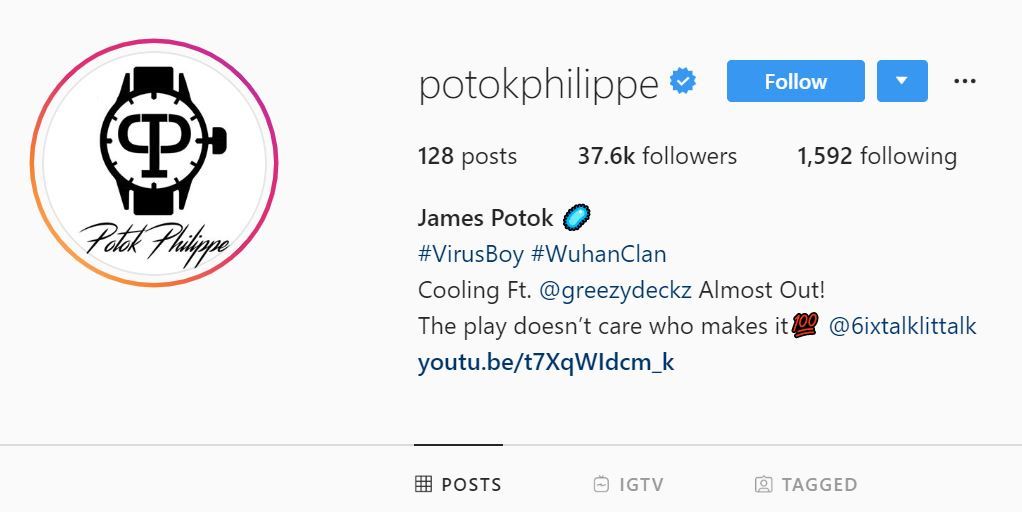 As if alerted by some demonic Bat Signal the appalling Paul brothers are never far behind any controversy ready to make things worse.

Logan Paul recently posted a picture to Instagram with the caption 'F**k the Coronavirus" It looks like Paul is flying in a private jet surrounded by fashion models - all wearing face masks.

Not to be outdone Logan Paul's brother, Jake, took to Instagram a few days later to post a picture of himself wearing a face mask, too.

28-year-old Polish fitness influencer Fitness Oskar also took to Instagram to newsjack the Coronavirus hashtag. He posted a picture of himself kissing through a surgical mask with fellow influencer Healthy Mandy.

A Google translate of the caption includes the engagement hacking lines: 'What do you think about the virus? Are you afraid? Do people in your city wear face masks? Do you think the situation will be dealt with now or will the virus spread further? Write your opinion in the comments, I would be very interested."

Sadly some quarters of the influencer industry have pedigree in hijacking natural catastrophes for personal gain through notoriety and social media platform engagement hikes. Last year's hurricane Dorian that decimated parts of the Bahamas produced a slew of ill-judged content like that of Tatiele Polyana. 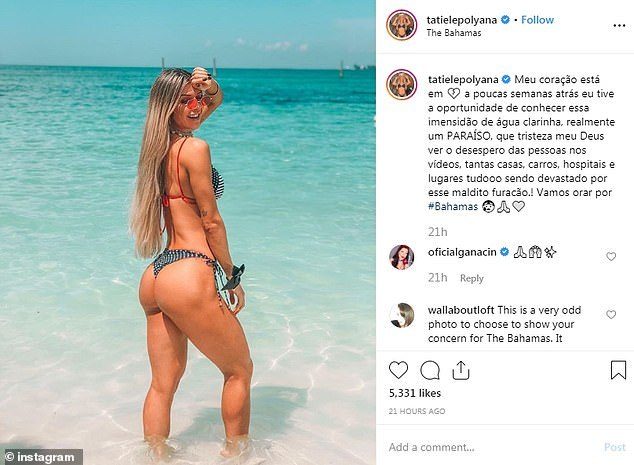 Geotagged as The Bahamas, model Tatiele Polyana posted a photo of herself on a bright white beach, ankle-deep in crystal-clear water. In an incongruous caption, Polyana wrote: 'My heart is in (two). A few weeks ago I had the opportunity to know this immensity of clear water, truly a paradise, how sad, my God, to see the desperation of the people in the videos, so many houses, cars, hospitals and places all being devastated by this damn hurricane! Let's pray for #Bahamas.'

Sad to hear about the fires in Malibu and praying for safety and strength for the firefighters battling it out there. We never know what life brings us and every happy moment is a blessing in itself.

The year before in 2018 several influencers took to Instagram to highjack hashtags related to California’s wild fires. The deadliest in the State's history the fires destroyed 1.9m acres of property costing insurance firms $12 billion.

In November 2018 actress Raline Shah aka ralineshah posted to her 5.6 million Instagram fans writing - in what appears to be a paid-for collaboration with fashion brand Miguelina: "Summer loving in a linen cantaloupe Gingham @miguelinagambaccini ensemble captured by lovely @ellian.raffoul  Sad to hear about the fires in Malibu and praying for safety and strength for the firefighters battling it out there. We never know what life brings us and every happy moment is a blessing in itself."

RELATED: When influencers act like jerks: how brands can protect themselves

It's hard to separate any sincerity in the line about sadness for fires in Malibu when pitted against what appears to be a leap for joy in a summer dress. A paid-for leap for joy at that.

To date the post has generated close to 115,000 likes. However, everyone has enjoyed Shah's sentiment.

i_touchedthesky commented: "This post is totally NOT Fire related - over 80 people have died - my 76 year old elderly mom barely got out of Paradise alive & lost her house and this is a sickening promotion on the back of a true tragedy by using that hashtag. Wow, just WOW! How about 100% of the profits you’re making off of this be donated to the fire victims??!!!?? Honestly I don’t know what kind of person thinks this is ok??? It’s not & you should be ashamed."

kneecolerenee wrote: "@ralineshah my family and I are victims of these fires and you’re out here exploiting real life tragedies and loss for your personal gain. You should be ashamed of yourself. .20% to relief efforts, if you truly cared, 100% would go to that. Lord have mercy on your soul."

So how come some influencers get it so very wrong? There are at least three reasons why a few influencers misjudge natural disasters:

Does this mean influencer marketing is a busted flush? No, not a bit of it. For sponsoring brands, however, it underscores the importance of effective screening in the selection process.

Vetting potential influencers to work with should always start with scrutinising first-party data. But data should always be supplemented with softer skills. Influencer marketers should also look check the tone of voice, creative style and the values lived by potential influencers. They should ask: what products have they promoted in the past?  And what is their style of content?