From single blog post to publishing two books attracting 9,000 downloads and a webapp housing 250+ PR tools, #PRstack is an example of how to form a successful community of action – writes Scott Guthrie 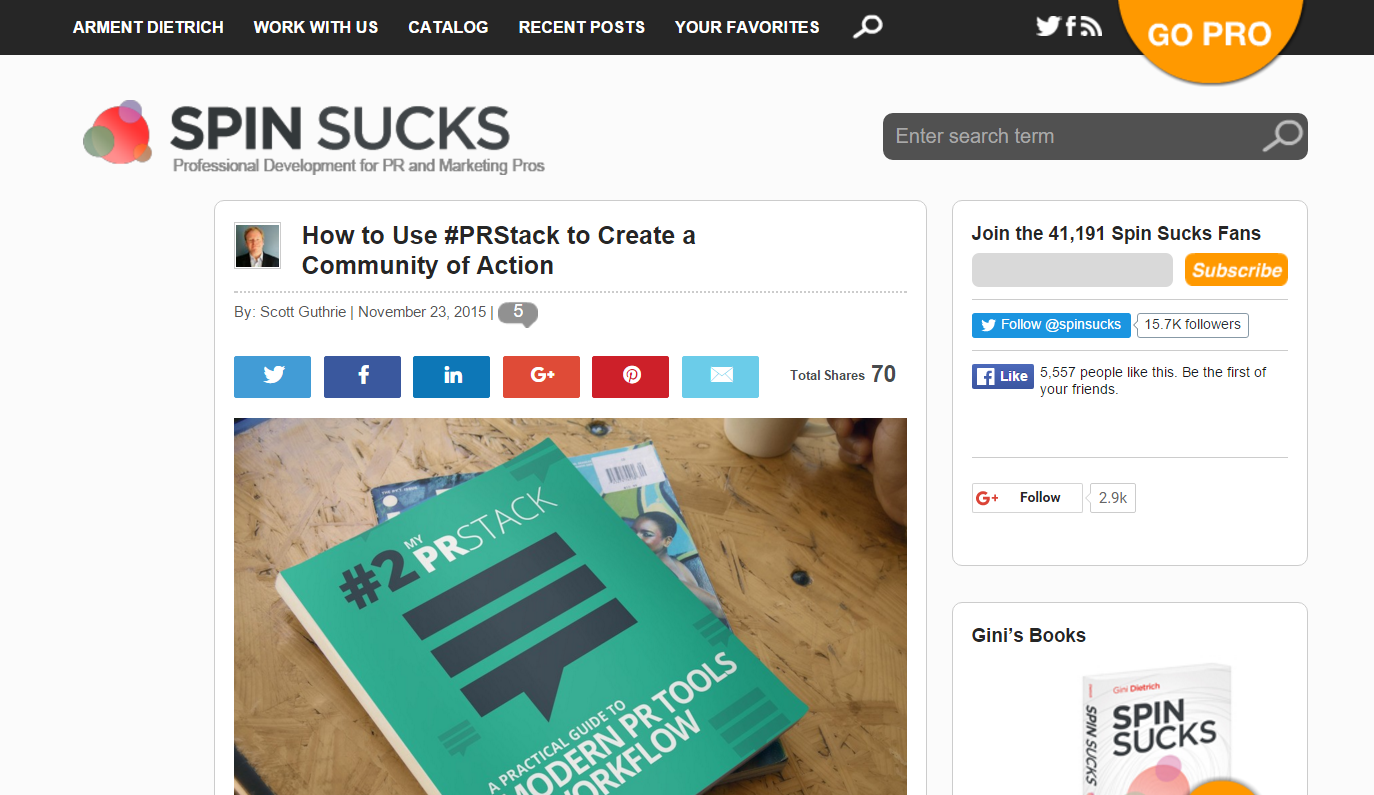 #PRStack began life as a blog post railing against the the lack of mature workflow for public relations.

Liked-minded PR professionals coalesced around a central theme of wanting to nudge the PR industry— and its vendor offerings—forward through action.

Here I lay out five significant steps #PRStack took that blog post rant into a positive community of action that is helping to change the modern workflow for the public relations industry.

So, you’re thinking about forming a community.

#PRstack was founded on a desire by PR practitioners to become better at what they do. It became a community dedicated to change…a community of action.

What’s your niche? Is anyone already doing what you want your community to do? If so, would it be better to join forces? If not, is there a reason why a community doesn’t already exist? Could it be there’s little appetite for it?

#PRstack was born from frustration at the lack of mature workflow for public relations and a vendor market which sold on features—not on finding solutions—to real PR problems.

Niche identified, build your community around the members’ energy.

Don’t let your community be a slave to technology.

Successful communities are driven by focus and personality, not what social media platform they’re housed on and the features of that platform.

#PRStack began as platform agnostic. It gravitated around blog posts spilling out into the comment section, and onto Twitter, a Facebook group, Google+, and a dalliance as a LinkedIn group.

It moved offline as books and was shared via Slideshare.

Experiment with what works with your members and your audience. Tinker and respond to where the energy lies. Let enthusiasm and progress be your drivers—not technology.

A community of action is based on … action.

Consider what your ideal outcomes might look like and work out how you’re going to achieve them based on data.

#PRstack was formed around tasks, goals, and milestones.

Members were asked to populate a Google sheet, then later to rate vendor offerings in a database. To contribute a how-to guide chapter for a book. To promote the book. To write chapters for a second book. To participate in aTwitter chat.

Ordering people about doesn’t get you too far. Especially when members are giving their time for free.

Instead Stephen Waddington moved things forward by being hyper active.

Influence isn’t preordained, it’s earned through being productive, by being well liked, by earning credibility within the PR industry.

This way, #PRstack members were happy to follow the actions Stephen suggested because they trusted his opinions. We were excited to be part of the movement. The community exuded positivity through its tone, language and actions.

Many strategies start with an objective and work backwards. They ask where do we want to be? And, how are we going to get there?

But these strategies often neglect two crucial elements: 1) Where are we now?; and 2) What does our audience want?

To answer these questions, you need data. You also need to listen. And, you need to be prepared to change course based on what the data tells you.

#PRstack was steered by its members. Vendors’ offerings were analyzed by the community. Appetite for change was based on metrics like how many tools were added to the database, in what period, by how many people:

Keep your purpose in mind with everything you do. But ask your members if you’ve achieved what you’ve set out to achieve.

#PRstack started off as a blog post. It took on energy when readers of the post shared, commented on, and began to populate a Google sheet.

A step change happened when Prezly, a storytelling platform for brands that is listed in the #PRstack, offered to build a web app to sit on top of the #PRstack Google document to help people interrogate the data. The number of PR vendors listed on #PRstack quickly grew from 50, to 100, to 250.

The #PRstack community has characterized more than 250 tools for communications and public relations and has written how-to guides to almost 50.

I’d urge you to check out the project.