Influencers were rightly condemned for failing to disclose their relationships with Fyre festival. Shouldn't the Netflix documentary interviewees be more open about their producer roles in the film?

A lack of transparency was a major gripe levelled at influencers - and the industry at large - in the promotion of the Fyre music festival.

Many complained that influencers had failed to disclose material commercial connections they had with the festival. This is true and the failure to effectively disclose breaks both ethical and legal codes.

Many, many more, including me, have enjoyed the Netflix documentary - FYRE: The Greatest Party that Never Happened​. The 90-minute-plus film paints a picture of hubris, macho organisational culture and mayhem surrounding the aborted music festival. It is a great piece of film from Chris Smith - the director previously famed for American Movie.

We're introduced to Gabrielle Bluestone in the first piece-to-camera interview. Bluestone is described as ‘Journalist | Vice News. This is true. Bluestone has written stories for Vice on subjects ranging from President Trump’s former personal attorney and “fixer,” Michael Cohen, to the #METOO campaign,  to the murder of journalist Jamal Khashoggi and its subsequent cover-up.

But, Bluestone is also one of the documentary's executive producers.

A few minutes later Bret Kincaid, a director at Matte projects (a firm contracted to run the festival’s advertising and marketing) explains that the Fyre festival organisers “were hiring the best of the best in each category. The best talent, best distribution.” Cut to a piece-to-camera with Mick Purzycki CEO at Jerry Media - the firm hired to run the festival’s social media channels. Purzcki is also a producer to this documentary. Again, this is declared in the credits, but not made obvious in the job title description offered to viewers.

Next, we see James Ohliger, another member of the Jerry Media team. Again, no problem, but Ohliger is also one of the executive producers to this film. In fact, on top of  Purzcki’s and Ohliger producer credits their employer, Jerry Media, is one of the production companies behind the documentary - as is Bluestone’s former employer Vice Media. 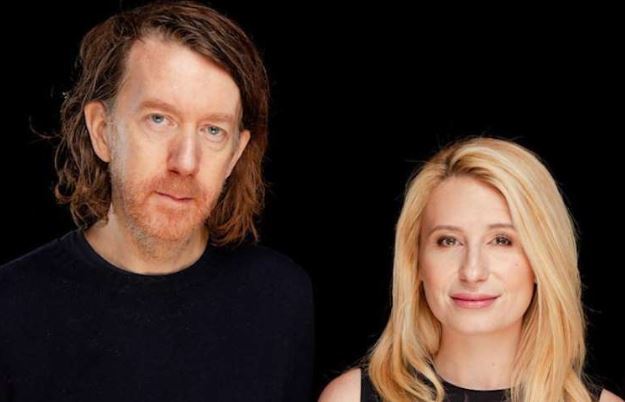 Fyre festival film transparency ... Chris Smith, director of the Netflix documentary: FYRE: The Greatest Party that Never Happened pictured left next to Gabrielle Bluestone, one of the film's executive producers.

A fair cop for influencer marketing?

Both the media and consumers are pushing for ever-more transparent declarations between influencer and brand. This is only as it should be. But, do we expect the same from other media channels and disciplines?

A year ago I wrote about product placement on television and how this confuses viewers. In the UK product placement is denoted by a P in the corner of the screen at the start and end of the programme. Why is only a P used? I get it that messaging real estate is at a premium on platforms such as Instagram and Twitter. But not on a television screen. So, why aren’t advertisers forced to write the words ‘product placement’ or better yet, ‘the following brands helped sponsor this programme via product placement’. Yet, the Competition and Markets Authority and the Advertising Standards Authority are clamping down on influencers who fail to disclose product placement in their social media posts.

Many complained that influencers had failed to disclose there was a material commercial connection between them and the festival. This is true and the failure to effectively disclose breaks both ethical and legal codes.

What is often omitted from the gripe is the work being undertaken by regulators to raise awareness of disclosure rules and to threaten sanctions against those who flout them.

Even before the Fyre festival the Federal Trade Commission (FTC) - an independent agency of the US government tasked with promoting consumer protection and regulating influencer marketing sent 90 letters reminding influencers and marketers that influencers should clearly and conspicuously disclose their relationships to brands when promoting or endorsing products through social media.

Twenty one of the influencers who got the March 2017 letter received a follow-up warning letter, later that year citing specific social media posts the FTC staff were concerned might not be in compliance with the FTC’s Endorsement Guides.

Last year the Competition and Markets Authority (CMA) - the UK watchdog responsible for consumer protection - announced that as part of an investigation it had written to a range of social media influencers to gather more information about their posts and the nature of the business agreements they have in place with brands.

The ASA has issued new guidelines surrounding influencer marketing. As has the CMA,

I loved the Fyre documentary. It focused mainly on the rise and fall of Bill McFarland and the collateral damage created in his wake. But many commentators and opinion writers have used the incident as an excuse to rubbish influencer marketing as a discipline. Is there really a level playing field across media disciplines?