1-in-4 consumers turn to influencers for news before journalists

One-in-four consumers are more likely to source news updates and opinions from influencers than from journalists and established news outlets says TAKUMI survey.

One-in-four consumers are more likely to source news updates and opinions from influencers than from journalists and established news outlets according to a new survey.

For younger consumers, the ratio is one-in-three who turn to influencers ahead of journalists for news and opinion.

Influencer marketing agency TAKUMI surveyed over 3,000 consumers in the UK, Germany and the US. It found that 38% of 16-24-year-olds, 38% of 25-34 year-olds and 34% of 35-44-year-olds are more likely to engage with influencer-generated news content than journalist produced content.

Consumers are turning to influencers for advice and information as well as product know-how. Both the World Health Organisation (WHO) and the United Nations (UN) worked with influencers to spread accurate hygiene messaging and pandemic-related information earlier in the year.

More recently the UK government engaged with influencers to build awareness and take-up of the Covid-19 Track and Trace app.

The trend is not isolated to Covid-19 information, though. Siemens ran #GetCheckedChallenge - a successful campaign designed to raise awareness during Breast Cancer Awareness Month.

Prorail, the Dutch organisation charged with maintaining the railway system in the Netherlands, worked with influencers to reduce the number of accidents on its rail network. 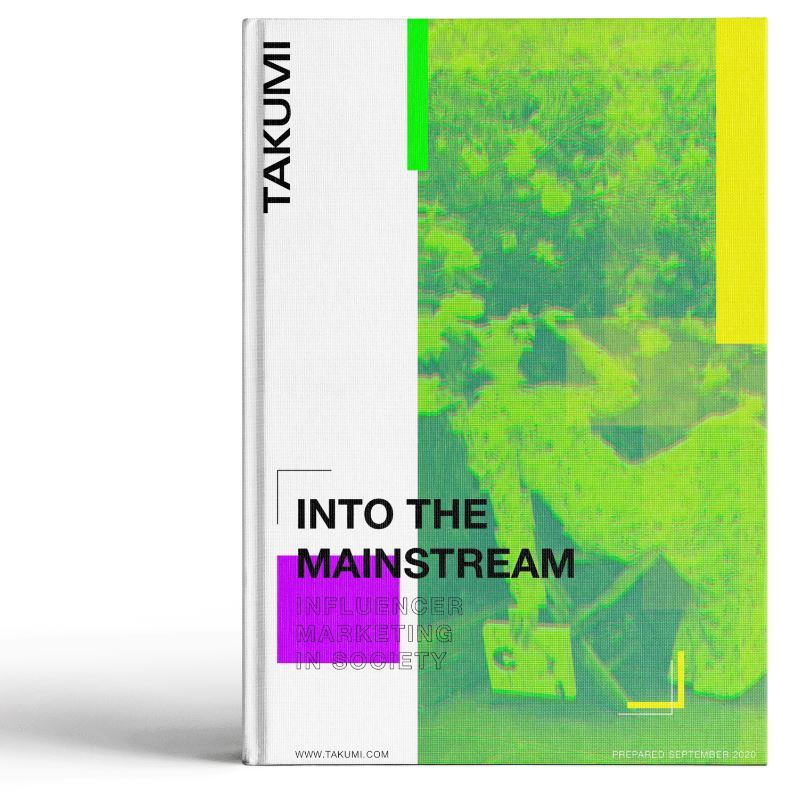 1-in-4 consumers turn to influencers for news before journalists: New whitepaper published by TAKUMI.

Consumers see influencers as compelling communicators, rivalling household names, journalists and media mastheads. Influencers are adept at carrying important messages into sections of society who no longer read a newspaper, who no longer listen to the radio, and who no longer watch free-to-air, linear television.

Increasingly we turn to influencers who take a stance on societal and political issues. Influencers who use their platforms to discuss current affairs.

We have an almost infinite choice as consumers. Trouble is, we have a finite amount of attention to devote. Every day, as consumers, we are bombarded by more brand messages than we can hope to make sense of. According to Statista 500 hours of content are uploaded to YouTube and 35,000 Instagram Stories go live every minute of the day.

We turn to influencers to help us cut through this content clutter; to help us make sense of what information should be important to us; to help us affect action.

A word of caution, however. Influencers and celebrities over-index in the level of engagement their social media posts generate. This places greater importance on the validity of the content they post. Research by the Reuters Institute for the Study of Journalism found that whilst misinformation from celebrities and politicians related to Covid-19 only accounted for 20% of content that content’s engagement measured 69% of total social media engagement on the subject.

Social media influencers have a duty of care to their community of followers - and to society at large.

Download the full TAKUMI whitepaper titled: Into the Mainstream - Influencer Marketing in Society.

TAKUMI commissioned and executed this research In August 2020. The sample size was 3,592 respondents. TAKUMI conducted research via online surveys, interviews and focus groups.

Censuswide abides by and employs members of the Market Research Society which is based on the ESOMAR principles.

I contributed several insights via quotations to this whitepaper. Photo by Eliott Reyna on Unsplash.